Dangers of kids and cold medicines - rise in accidental overdoses 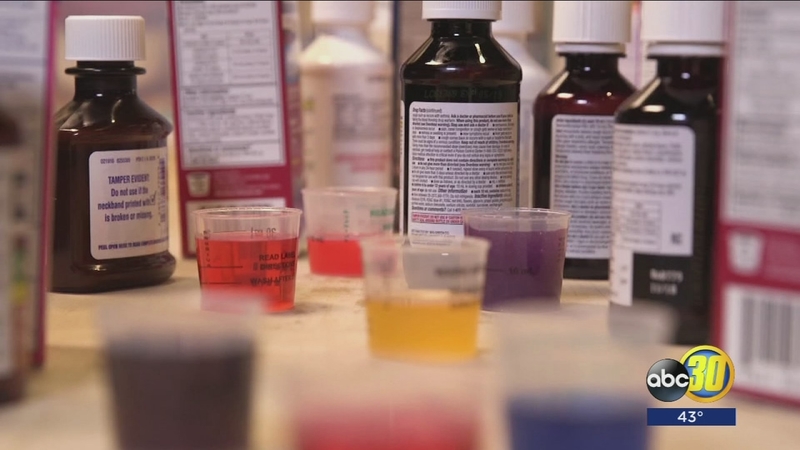 Dangers of kids and cold medicines - rise in accidental overdoses

As fall weather sets in, so do the nagging coughs and head colds that seem to spread so quickly, from child to child. But before you head to the drug store, listen carefully. There are concerns being raised about children getting into a cough and cold medicines and accidentally overdosing.

The health team at Consumer Reports say the dangers are very real.

Medicine is meant to heal. But new research shows some drugs intended to help kids feel better, can also harm them instead if too much is taken.

Consumer Reports Best Buy Drugs Editor, Lisa Gill said, "These are generally safe when used as directed. But many of the problems happen when kids get into these medications on their own."

A recent study in The Journal Pediatrics identified more than 3200 cases of kids younger than 12 who suffered serious side effects, including hallucinations, rapid heartbeat, and even death -- many as a result of accidentally ingesting too much cough and cold medicine.

"They can be tempting. Some might be colorful, some might be tasty. The really important thing is that they're kept away from kids."

While you should never give cough and cold medicine to kids under four, beyond that, the health team at Consumer Reports says there's not a lot of evidence they work very well anyway and suggests trying some home remedies instead.

"You want to keep kids hydrated, with things like warm drinks, soup or decaffeinated tea -- those things may loosen congestion and soothe a sore throat," said Gill.

For kids one-year-old and over, try adding a bit of honey -- which some research has shown, can be as effective at relieving a cough as some over-the-counter cough drugs.

Kids five and older can suck on a sugar-free lozenge or candy -- which can reduce the urge to cough and soothe an irritated throat, as can mixing a half teaspoon of salt in a cup of warm water, for a gargling solution.

If you do have young children at home, The Centers for Disease Control and Prevention advises people to put medications Up and Away, out of children's reach and sight.

They also say it's smart to put medications away every time you use them, and never leave them out on a kitchen counter or a sick child's bedside, even if you have to give it again in a few hours. And, always lock the cap on a medicine bottle. If the bottle has a locking cap that turns, twist it until you hear the click or cannot twist it anymore.
Report a correction or typo
Related topics:
health & fitnesshealth watch
Copyright © 2021 KFSN-TV. All Rights Reserved.
HEALTH WATCH
Health Watch: Safer scans for kids
Health Watch: COVID-killing tech
Unfiltered: Procedures to have you camera ready
Health Watch: Cough drops to fight COVID-19
TOP STORIES
Domestic violence suspect arrested after hours-long standoff in Fresno
Deadly weekend violence has Fresno police ready to change tactics
2-year-old boy injured in car-to-car shooting in Fresno, police say
Simone Biles wins bronze on balance beam
Car flips after hitting parked vehicle in central Fresno
Fowler City Councilmember Mark Rodriguez arrested on DUI charges
47-year-old man hit and killed by train in Madera, police say
Show More
Valley Children's makes COVID vaccine mandatory for all employees
Woodville murder suspect shot by deputies, airlifted to hospital
Boeing set to retry test flight to International Space Station
Fresno man dies after being struck by lightning on John Muir Trail
Search for missing hiker in Sequoia National Park scaled back
More TOP STORIES News