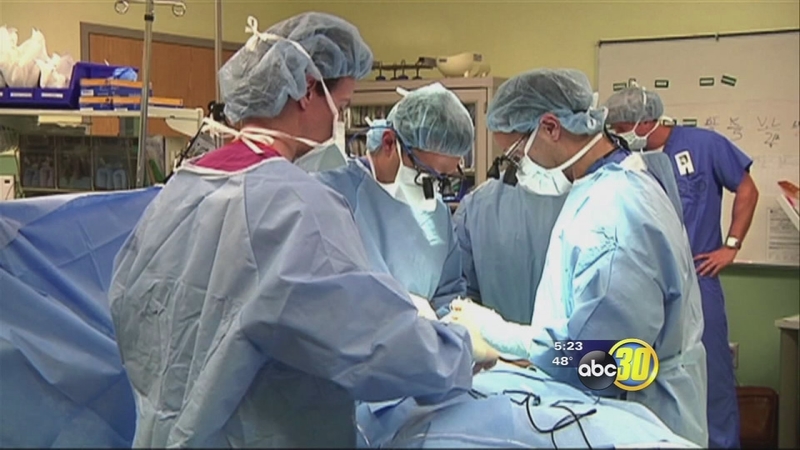 MIAMI. (KFSN) -- This year alone, 17,000 Americans will be diagnosed with esophageal cancer and 16,000 of them will die from it. People who have Barrett's esophagus, a condition where normal tissue in the esophagus changes due to acid reflux, are at the highest risk of getting the disease. Now, there is more information on treatment options for those with this difficult disease.

Seventy-two-year-old Raymond Stravato is an avid handyman, and knows his way around the kitchen.

Three years ago, complications from mild acid reflux changed his recipe on life. He told Ivanhoe, "It was an act of God that my new gastroenterologist did the endoscopy on me and found it."

Raymond had esophageal cancer. Diagnosed with just six months to live, he knew he had only one option.

"No chemotherapy, no radiation, you got to get it out, simple as that," Stravato recalled. But finding a doctor to treat his condition wasn't so simple. "Because I had Crohn's disease, I weighed 150 pounds more than I do now, I was overweight, I had high blood pressure, so no one wanted to take a risk with me I guess," Stravato said.

After being turned away by 15 doctors, Raymond found Surgical Oncologist and Chief of the Gastroesophageal Surgery Division at the Mount Sinai Medical Center in Miami Beach, Florida, Kfir Ben-David, MD.

Instead of the traditional method which requires cracking the chest, Dr. Ben-David was able to use a new minimally-invasive procedure.

"We do it through small incisions. We make about four or five little holes in the patient's abdomen that are less than one centimeter in size," Dr. Ben-David explained.

Patients are able to go home sooner and experience less pain, and the mortality rate has decreased fivefold.

Dr. Ben-David continued, "It's a very aggressive cancer that can be treated successfully, if caught early."

Allowing people like Raymond Stravato - to get back to doing the things they love.

Dr. Ben-David says esophageal cancer is mainly seen in patients in their sixties and seventies but anyone who has had GERD for a long time, has a family history of esophageal cancer, smokes, drinks alcohol, or is overweight should talk to their doctors.