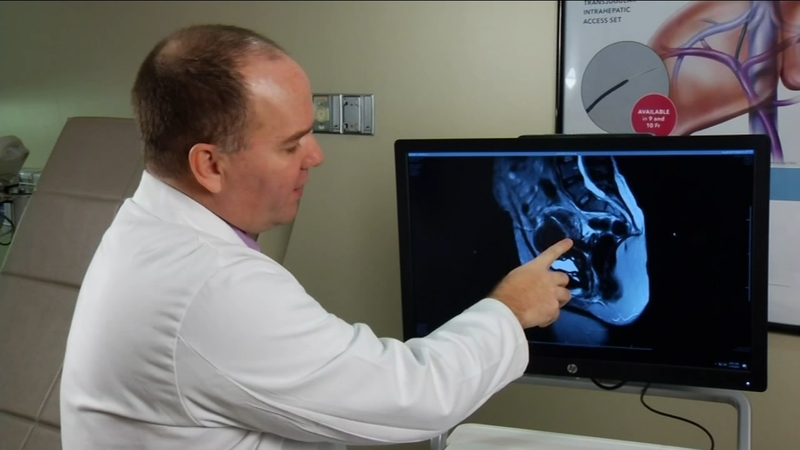 ORLANDO, Fla. (KFSN) -- Fibroids are non-cancerous tumors that develop inside a woman's uterus. Scientists aren't sure exactly what causes these mysterious growths. Learn some fibroid facts you might not know.

Up to 70 percent of all women will have uterine fibroids in their lifetime. But how much do you know about these common growths? Our first fact: fibroids can cause no symptoms at all, or problems like heavy menstrual cycles, pain, and more. Just ask mother of three, Venita Gowdy.

"My son is six years old, so I thought I was done carrying diaper bags, but I was actually carrying one for myself," shared Gowdy.

AJ Gunn, Assistant Professor of Radiology, University of Alabama at Birmingham, says, "They can compress on the bladder and make it so that women feel like they have to urinate more frequently. Sometimes, they can push behind and push up against the colon, so it will make it sometimes hard for people to have bowel movements."

Another fact: fibroids themselves aren't cancerous! But they can cause symptoms very similar to a cancer called uterine sarcoma. A biopsy can tell doctors if you have this cancer. Some more good news: women with fibroids can still get pregnant. Experts estimate fibroids only cause one to two percent of infertility cases. But fibroids are linked to a six times greater risk of needing a c-section delivery. Another fibroid fact: they're the leading cause of hysterectomies. More than 200,000 hysterectomies are performed each year in the United States because of uterine fibroids. And, African American women are two to three times more likely to get them.

Several medical therapies are now available as alternatives to a hysterectomy. These include hormone treatments, ultrasound therapy, ablation therapy, or a myomectomy - which removes the fibroids while leaving the uterus alone.