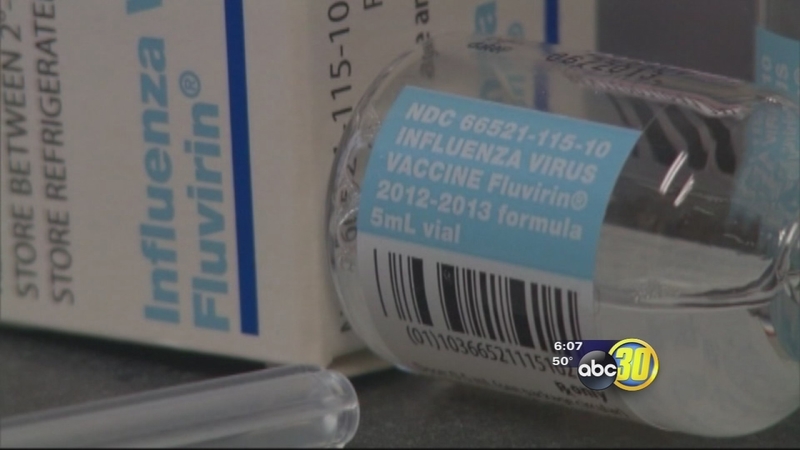 FRESNO, Calif. (KFSN) -- As students return from Thanksgiving break, school and health officials hope they're not bringing the flu back with them.

But schools are working to prevent the spread of the flu, and the number of serious influenza cases is down. Fresno County health officials said they haven't seen very many serious cases of the flu so far.

"Last year, there were five reported deaths due to influenza and eight hospitalizations," said Leticia Berber with the Fresno County Department of Public Health. "This year we don't have any numbers to report."

Fresno Unified officials said they haven't seen a large number of flu cases in schools either.

"It's still at the beginning of the season," Fresno Unified Health Director Gail Williams warned. "Typically in this hemisphere, flu starts in about October."

Williams said they didn't see a big influx of flu cases in students until January, so this year seems to be following the same pattern.

"Sometimes we do see a peak sometime after Thanksgiving but then we have a three-week break where kids are not at school sharing it with each other," Williams explained.

Williams advises parents to keep students home if they have a fever. Children are encouraged to wash their hands often. Fresno County health officials also said to get a flu shot. While the CDC hasn't determined the exact effectiveness of this year's vaccine, it does include four strains as opposed to last year's three.