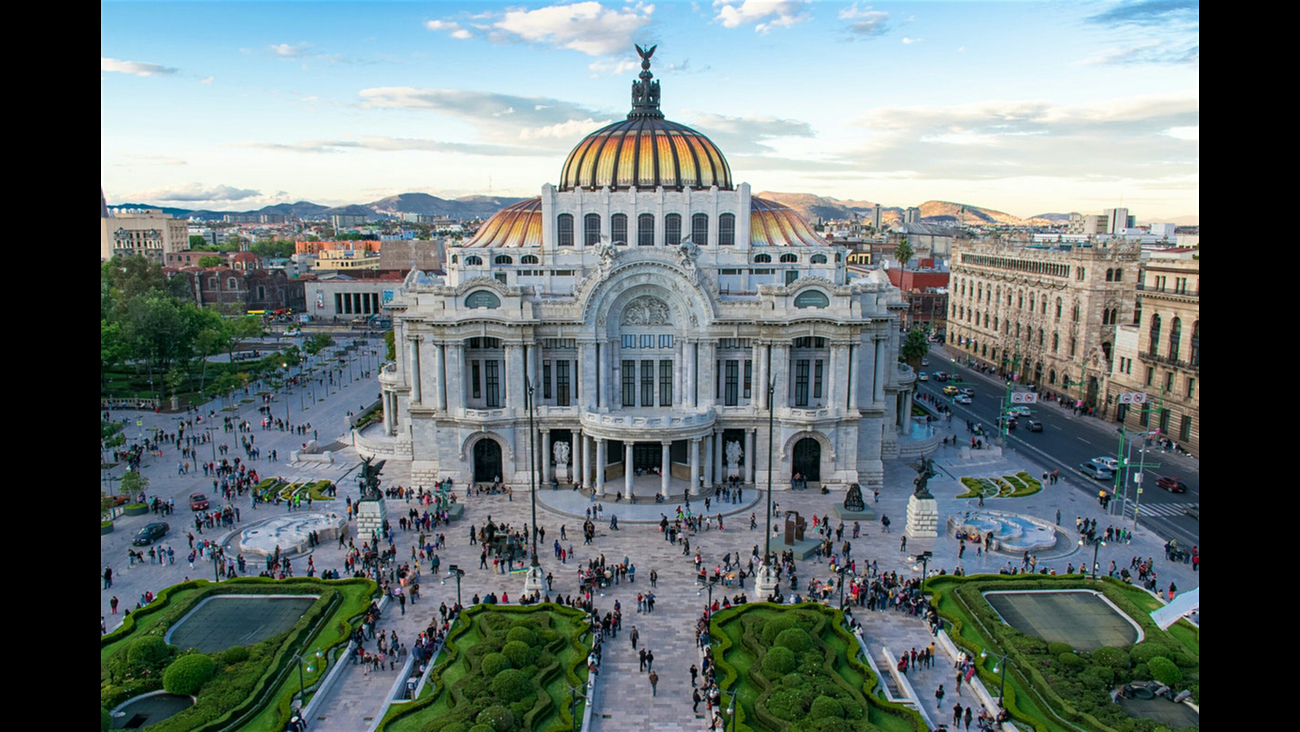 Looking for an adventure in one of the world's great megacities, but without the hassle of flying halfway around the world? Mexico City is North America's largest, at over 8 million people (and more than twice that number in the greater metro area).

It's the oldest capital city in the Americas, rich in history and culture, and a major economic center in the region today. In addition to Aztec ruins, the city has the world's largest single-metropolitan concentration of museums, plus extensive art galleries, concert halls and theaters. And the city's 16 boroughs and many colorful neighborhoods offer an abundance of shopping, restaurants, bars and nightlife.

Whether you're trying to escape ASAP or you're looking to plan ahead based on the cheapest fares, take a look at these forthcoming flights between Fresno and Mexico City, which we pulled from travel site Skyscanner.

We've also included top-rated hotels, restaurants and attractions in Mexico City to get you excited about your next excursion.

Currently, the cheapest flights between Fresno and Mexico City are if you leave on June 12 and return from Mexico on June 18. Volaris currently has roundtrip tickets for $317.

There are also deals to be had in April. If you fly out of Fresno on April 30 and return from Mexico City on May 7, Volaris can get you there and back for $332 roundtrip.

Regarding where to stay, here are two of Mexico City's top-rated hotels, according to Skyscanner, that we selected based on price, proximity to things to do and customer satisfaction.

Here is the 4.9-star rated The Four Seasons Mexico City, which has rooms for $179/night.

If you're looking to splurge on top quality, try The Condesa DF. The 4.6-star hotel has rooms for $265/night.

This 40-room luxury hotel is located in Mexico City's Condesa district, close to many restaurants, bars and cafes.

Mexico City has plenty of top-notch dining options. Here are a few of the most popular, according to Skyscanner.

One of Mexico City's most popular restaurants is El Moro, which has an average of 4.8 stars out of 17 reviews on Skyscanner.

"This 1930s churreria is a must-visit," wrote visitor Harold.

Another popular dining destination is the Panaderia Rosetta, with 4.9 stars from 11 reviews.

"It's a very cozy breakfast spot with only a few bar stools for seating. Get there early to get your hands on the good pastries," wrote reviewer Leila.

Also worth considering is the Restaurante El Cardenal, with 4.6 stars from 22 reviews.

"The eggs at breakfast were perfect," wrote Frank.

What to see and do in Mexico City

Not sure what to do in Mexico City, besides eat and drink? Here are a couple of recommendations, provided by Skyscanner.

First up is The Palacio de Bellas Artes. It has 4.8 stars from 74 reviews.

A major cultural center, you can attend poetry readings, operas, dance recitals, art shows and more. From outside, marvel at the 1934 building's white-marble beauty and symbolic sculptures, including an eagle eating a snake. Inside, find spectacular murals by renowned artists, such as Rufino Tamayo and Diego Rivera.

Then, there's the Callejon Regina. It checks in with five stars from five reviews on Skyscanner.

"This is my favorite street in all of Mexico City," wrote visitor Jenny. "It's in the area of the historical center, and there are endless restaurants, cafes and bars to choose from all along the street. It's also a great place to sit and people watch the artsy and eclectic people of Mexico City."