Hope for Cope: Golden Valley High School staff rallies behind one of their own 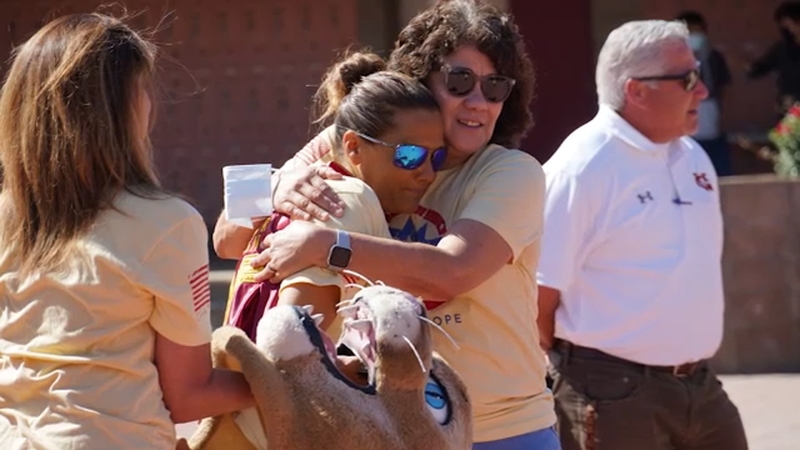 Golden Valley HS staff rallies behind one of their own

Now, the mother of two is channeling that Wonder Woman strength for the fight of her life.

Megan was first diagnosed with Primary Sclerosing Cholangitis or PSC in 2018, but it was three years prior to her diagnosis when she noticed something was off.

"Initially when this disease started, you couldn't tell I had it until it progressed," she said. "I got really itchy one day. My doctors ran lots of tests and they thought it was allergies. I felt tired, but I also thought it was because I was a working mom with two little boys."

Three months ago, Megan underwent surgery to remove the left lobe of her liver.

Cope says, "Most of the time, you can live on part of your liver and it'll regenerate. Unfortunately, because of the way my disease progresses, it's deteriorating faster than it can regenerate."

Currently, on a transplant list, the staff at Golden Valley High School is making sure she knows she's not in this battle alone.

High School Counselor and Megan's best friend, Ashley Faraone says, "It's not just a GV thing. It's a community thing for Megan, even more of a show of how important she is for everyone."

On Wednesdays, you can find staff throughout Golden Valley sporting Wonder woman shirts and masks.

Faraone says, "It fit for the theme of her recovery, so we made masks we had t-shirts made."

Much like Wonder Woman's signature crown and cape, those are just symbols of the strength Megan's been shown district-wide.

"Big or small, they've been such a huge support text messages cards nothing goes unnoticed by Megan," said Ashley.

Megan adds, "I really don't know how to describe the appreciation for all of the support that I've gotten from all of the people at Golden Valley."

To increase her chances of getting a liver, Megan was put on an out-of-state transplant list. She could be getting that call any day.