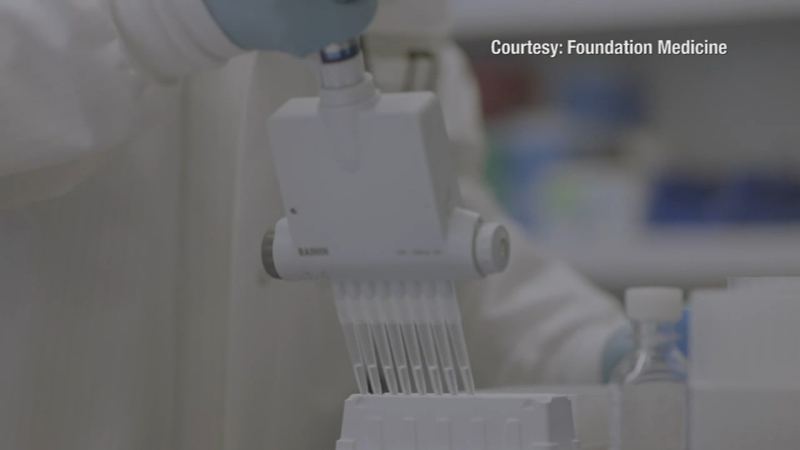 For John White, this is the perfect way to spend an evening.

"My wife and I like to go out in it on a hot night and cruise around in it," White said.

Classic cars like his 1923 Ford T-bucket roadster are a passion. Just four years ago John wasn't sure he and Joanne would have too many more nights like this left. John's doctors diagnosed him with aggressive prostate cancer that had spread.

"I started a year and a half of chemotherapy, four different drugs, with the hope that would eradicate it," he said.

Nothing doctors tried stopped the cancer.

"His life was in danger. I would have estimated a life expectancy of under a year if not six months," said Dr. Paul Mathew, a genitourinary oncologist.

That's when Dr. Mathew tried something cutting-edge for prostate cancer, he removed John's tumor and sent it to a biotech lab. Technicians analyzed the genes known to drive tumor growth.

"In John's case he had very rare mutation found in zero point one percent of all prostate cancers," Dr. Mathew said.

The lab was also able to match John's profile with treatment options and one was the immunotherapy drug Keytruda, FDA-approved for melanoma and bladder and lung cancer but so far, not prostate. John had infusions for three years, and it worked.

"His scans are pristine. His psa is undetectable," Dr. Mathew said.

"He had a hunch that I might respond to this, and he was absolutely right. I'm just thankful for every single day I have," White said.

The doctor cautions, genomic profiling is not a solution for everyone.