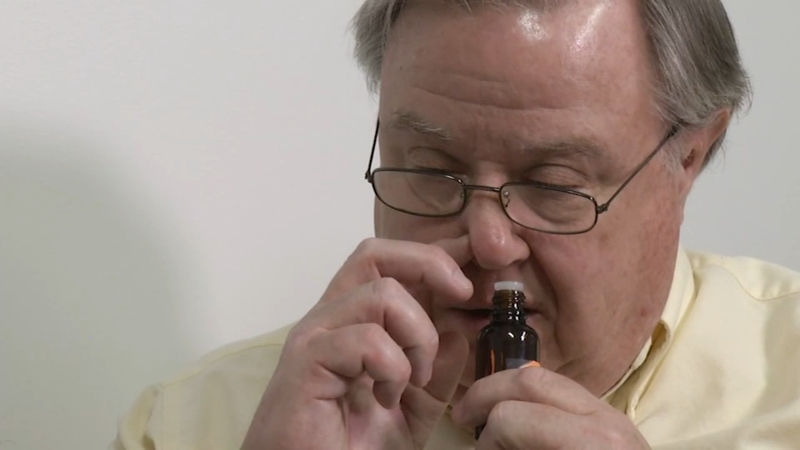 According to the National Institutes of Health, about one in eight Americans over age 40 has measurable smell dysfunction.

That impairment increases with age, but it can also happen to anyone at any age from things like injuries or even as a result of a virus like the common cold. There are no surefire treatment options to restore sense of smell, but some doctors think they can re-train the brain to recover at least some, if not all, of what's lost.

Patrick Leahy has a new appreciation for stopping to smell the flowers.

Leahy said, "Once you lose anything, then you realize, you know, what you've lost."

"We think a lot of people have this condition, but they don't seek medical care," Dr. Piccirillo explained.

People can lose their sense of smell after an injury or with aging, but for some, it results from a viral infection like the common cold.

Dr. Piccirillo said, "We think the nerve of smell that enters from the brain into the nose has in one way or another been injured by the virus."

In an attempt to retrain the brain to smell again, Dr. Piccirillo gave patients four essential oils to smell twice a day for 12 weeks.

Dr. Piccirill said, "Through brain training, through smelling these smells, we're trying to, again, get the brain neurons to come back and to allow them to smell."

To track progress, patients were asked to identify a variety of odors using simple sniff tests.

"Potentially a big payoff for little investment in time and effort, you bet, and doesn't cost a whole lot either," Dr. Piccirillo told Ivanhoe.

Leahy's sense of smell improved from 30% to 70%. He said, "They've both come back dramatically, smell and taste."

Leahy is still smelling the oils every day even though the study is over. Dr. Piccirillo says patients can easily do this at home. If you think you have trouble smelling, he says there's no harm in trying it yourself. The oils used in the study were rose, lemon, eucalyptus and clove but you can tailor it to what works for you.