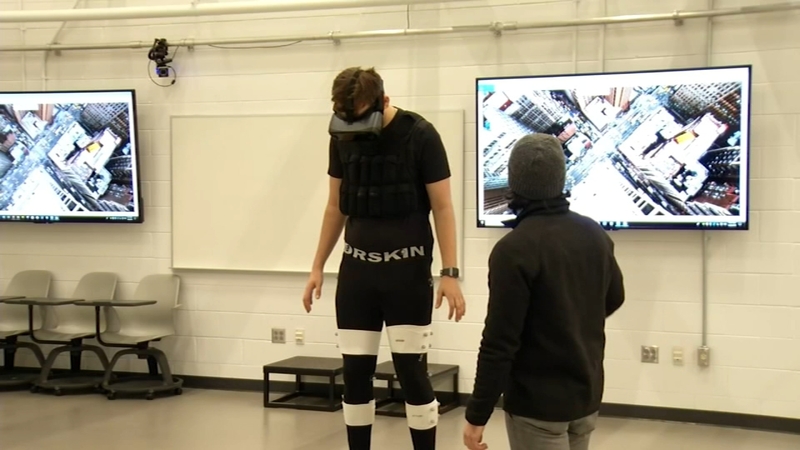 The human brain has the remarkable ability to rewire itself. It's known as neuroplasticity; the synapses in the brain get stronger when they are faced with new behaviors or environmental factors. Now, researchers are studying whether retraining the brain will help athletes and military servicemen and women protect damaged joints.

Twenty-one- year old Amir Miller was a freshman at Ohio University the first time he got injured playing football. The defensive end cut to make a tackle and felt his knee pop.

Miller said, "I knew in my heart I tore it. I didn't want to believe it. But I kind of knew that I tore it."

After surgery to repair his torn ACL and months of physical therapy, Miller returned to the team, only to re-tear the joint this fall. But is there a way to improve rehab, and cut the risk of reinjury?

Dustin Grooms Ph.D., ATC, CSCS, Assistant Professor of Athletic Training at Ohio University said, "What happens after this injury is your brain starts to use vision for the motion because it's very accurate and very sensitive, and it's able to help guide your movement."

During rehab, athletes use special strobe glasses to suppress vision, forcing them to rely on proprioception, the brain's ability to sense the knees without seeing them.

"And get that cognitive load or that thinking load during therapy, that way when their joints are ready to go back, their brains are as well," Grooms said.

"We do everything right in therapy, but when they go back to high-stress tactical situations their ability to control their knee is not as good as they would want it to be," Grooms explained.

Immersing soldiers and athletes in virtual reality to prepare their brains for normal movement after the body heals.

The U.S. Department of Defense has awarded Dustin Grooms' lab a $750,000 grant to continue to study virtual reality ACL rehabilitation. Beginning in September, researchers will test 30 military patients who have had an ACL reconstruction and follow their progress over three years using virtual reality and other methods of physical therapy.