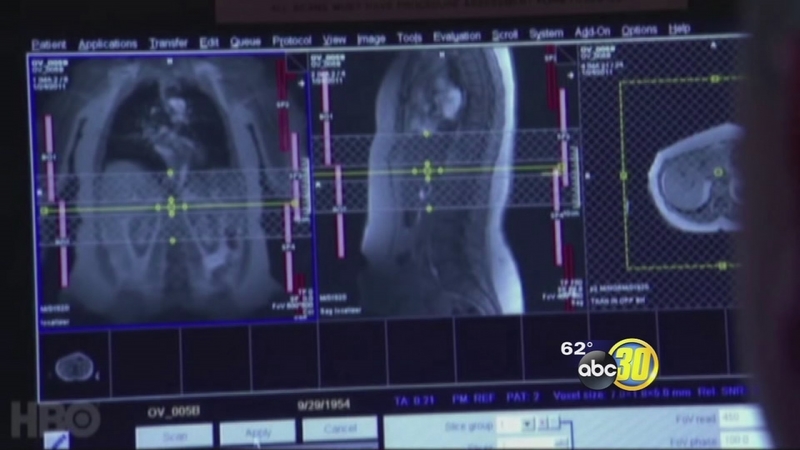 ST. LOUIS. (KFSN) -- More than 30-percent of Americans are considered obese. The extra fat puts them at risk for diabetes, stroke and heart attack. But are all obese people unhealthy? Some could actually be healthier than their skinny friends.

Jennifer Boeving told Ivanhoe, "My thinnest, I was probably 115, my biggest, probably 215."

She's part of a study at Washington University to find out if all obese people are in danger of suffering from metabolic problems when they gain additional weight.

Samuel Klein, MD, Director of the Center for Human Nutrition at Washington University School of Medicine in St. Louis told Ivanhoe, "It's this combination of metabolic abnormalities that are risk factors for heart disease and stroke."

Dr. Klein asked obese people to add another meal to their daily diet. "We overfed them a thousand calories a day from selected fast food restaurants until they gained six percent of their body weight," he said.

In three months, Jennifer gained 10 pounds, her LDL or bad cholesterol increased 14 percent, and her liver fat increased 160 percent. She was part of the metabolically abnormal group - making her more at risk. But there were some obese people who were not affected by the weight gain.

Dr. Klein explained, "Those who are metabolically normal to begin with were protected. In some ways they were able to defend themselves against this excess body fat."

But others, no matter what they do, will always be more at risk.

"So it does mean that maybe some people are pre-disposed to having those problems," Dr. Klein said.

Jennifer is now on a mission to lose the weight. She's down to 170 pounds and ready to walk off even more.

Dr. Klein says his study looked at just metabolic problems. Researchers still don't know about the link between obesity and cancer, arthritis and pulmonary disease. As for the folks in the study, Washington University did help them lose the weight they were asked to gain during the study. For some, it took six months to lose the weight they gained in three months.