Is 'Vax for the Win' helping Fresno County's vaccine efforts? 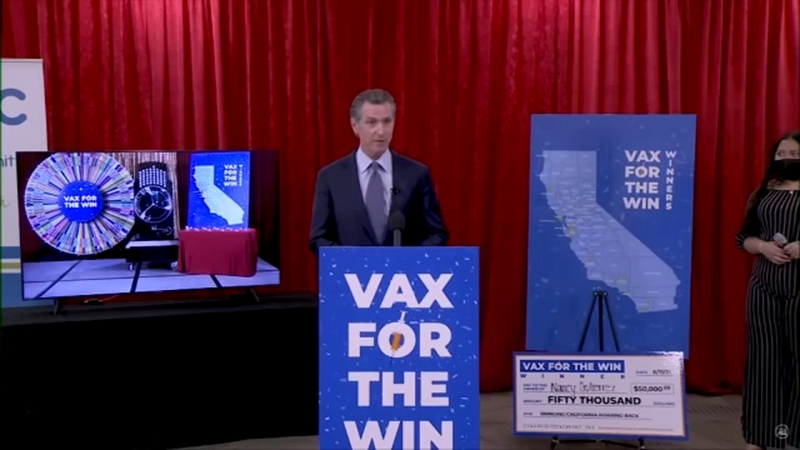 Some Fresno Co. residents hesitant on vaccine despite incentive

FRESNO, Calif. (KFSN) -- $50,000 is coming to someone in Fresno County simply because they got vaccinated.

After states like Ohio had success increasing vaccination rates through vaccine lotteries, California followed with its own giveaway.

Everybody who has gotten a shot is entered into a drawing, and Gov. Gavin Newsom says it seems to be having the desired effect.

"Since we announced these drawings a few weeks back, California has laid claim to being just one of a handful of states in the country that's actually since an increase week-over-week in vaccines being administered," he said.

But Fresno County data looks a bit different with the 7-day average bottoming out early in June.

Division manager Joe Prado says the Vax For The Win campaign helped the county maintain an average of between 2,500 and 3,000 doses per day.

Central Valley counties have some of the lowest vaccination rates in the state, so they had fewer entries in the drawings and only one of 30 winners so far is living in the ABC30 viewing area.

The message of the cash incentive didn't spread everywhere.

Of all the people getting vaccinated at Fresno City College Friday, only one had even a vague awareness of it.