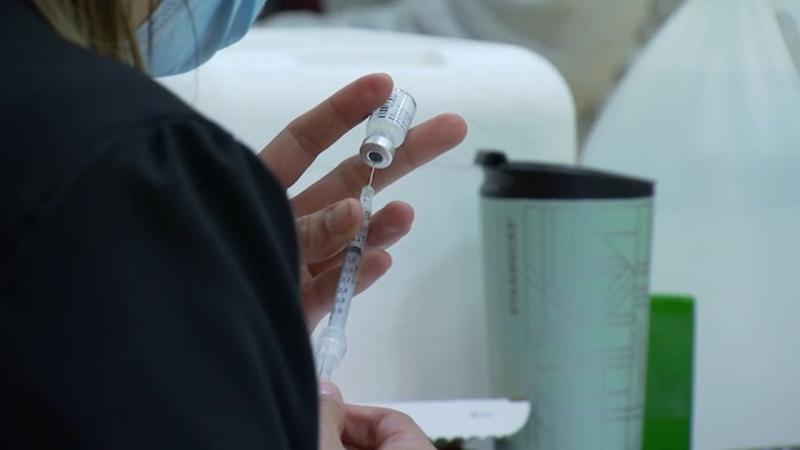 MERCED COUNTY, Calif. (KFSN) -- Merced County is hoping to see red soon as it remains one of just two counties in California to still be in the most restrictive purple tier.

"We're good on the positivity rate but the case rate is still higher than the state wants," says Dr. Salvador Sandoval with the Merced County Public Health Office.

Dr. Sandoval says there are several factors that play into that issue. One is that they're testing more in vulnerable communities.

He also says a state data glitch is a reason to blame for those higher numbers.

"There was a data glitch with the state," he said. "It dumped 180 cases on the weekend, over the weekend. So it looks like it went up but it did not."

Sandoval says the vaccine rollout was also slower than they hoped.

"The vaccine rollout was based on physicians in the area and we're a physician shortage area," he said.

As of Monday, the county's case rate is a little over 10 cases per 100,000, which is close to meeting the state's red tier requirements.

As more vaccines are also coming in, the county has also opened a new large-scale vaccination site in Atwater, which aims to vaccinate 400 people a day.

"Basically, offering the vaccine to anyone 16 and over, the sooner we can vaccinate the majority and simplify the mechanisms because the tiers have been very difficult for everyone to understand," Dr. Sandoval said.