'It's a parent's worst nightmare': Merced teen fights for his life after contracting COVID-19 twice

Doctors discovered a hole in the 19-year-old's heart and two heart valves on the verge of failure.
KFSN 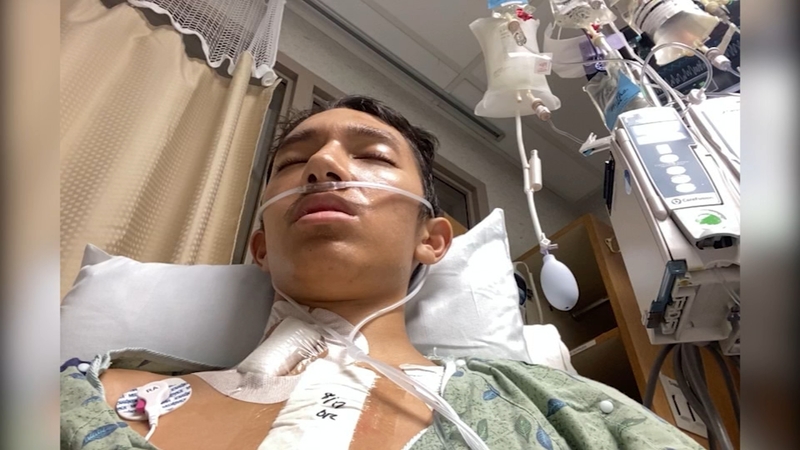 Merced teen fights for his life after contracting COVID-19 twice

MERCED, Calif. (KFSN) -- The last two months have been some of the most excruciating for Desiree Cady of Merced.

Her 19-year-old son William 'Ikaika' Bailey has been fighting for his life after contracting the coronavirus twice.

"It's a parent's worst nightmare, just watching her child suffer through that and not really being able to do anything," says Cady. "He just looked so weak and I was just terrified of losing my son."

It's a diagnosis that almost ended in heart failure.

"There was a point that I actually thought that I was going to lose him," says Cady.

Cady says her son seemed like a healthy young adult. He graduated from Golden Valley High School last year. There he was the backup quarterback and scored the title of homecoming king.

It was in mid-June when Ikaika first started feeling sick.

At first, Cady thought it was it was just allergies.

Then came the high fever followed by a hospital visit and a COVID positive test.

"He would shiver and it was warm and then he would get hot when it was cold and then the fever and the cough. It was horrible," says Cady.

After 14 days he was cleared. But weeks passed and Cady said her son wasn't his normal self.

That's when Cady rushed him to the hospital.

"They explained to me that that was a sign of heart failure," says Cady.

He tested positive for coronavirus again.

Even more alarming, doctors discovered a hole in his heart and two heart valves on the verge of failure. According to doctors, the hole was already there and COVID made it worse.

They needed to perform surgery immediately.

Cady's faith and the medical staff kept her strong.

Ikaika must now take blood thinners for the rest of his life. He still has a long road to recovery, but Cady says her son is a testament to his name.