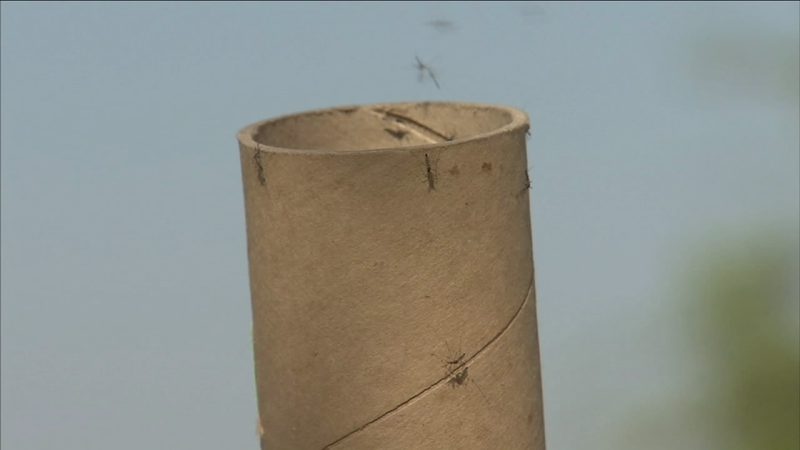 CLOVIS, Calif. (KFSN) -- A new strategy is being launched in the Valley to stop the spread of the Aedes Aegypti-- the mosquito which can carry several deadly diseases including the Zika virus.

The mosquito, which bites mostly during the day, has infested several neighborhoods in east Clovis. Tubes of male mosquitos, all the way from Kentucky, were set free Tuesday morning infected with a certain bacteria. The idea is to mate with females and make them infertile.

The mosquitoes were released in a neighborhood near Barstow and Dewolf in Clovis. The area is one of many that has become a hot spot for the mosquito.

"This mosquito is spreading. It's obnoxious. It's horrible to have around," said Tim Phillips, Fresno Mosquito and Vector Control.

The study, that involves several male mosquito releases, has been funded by the National Institute of Health and the University of Kentucky. Congressman Jim Costa said much more funding is needed to stop the dangerous mosquito before it transmits deadly diseases in the Central Valley.

"I am one of 191 members of Congress that have signed a piece of legislation cosponsoring HR 5044, which, would provide the administration's full request for $1.8 billion for the emergency Zika funding."

The funding would address eradication, research, education campaigns and more. Doctor Anthony Cornel is a scientist who leads the UC Mosquito Research Lab in Fresno County. He said much is still unknown about this mosquitos habits and the puzzling trait that allows it to thrive in both tropical settings and extreme dry heat.

"We really don't know what the movement of the mosquito is during the day, at night, in this area. We still are trying to figure out where they are breeding. We are still trying to find out how long these mosquitos survive in the wild here."

The males being set free are intended for mating purposes only. They are infected with the Wolbachia bacterium and transmit it to females. This makes them infertile. The great quality about the male mosquitos is, they don't bite and cannot transmit diseases to humans.

Researchers will know within the next few months if this experimental study was a success. The Aedes Ategypti typically leaves the Valley in early October, and adults all die off after the first freeze.
Related topics:
health & fitnessclovisclovisfresno countyzika virusmosquito
Copyright © 2021 KFSN-TV. All Rights Reserved.
FRESNO COUNTY