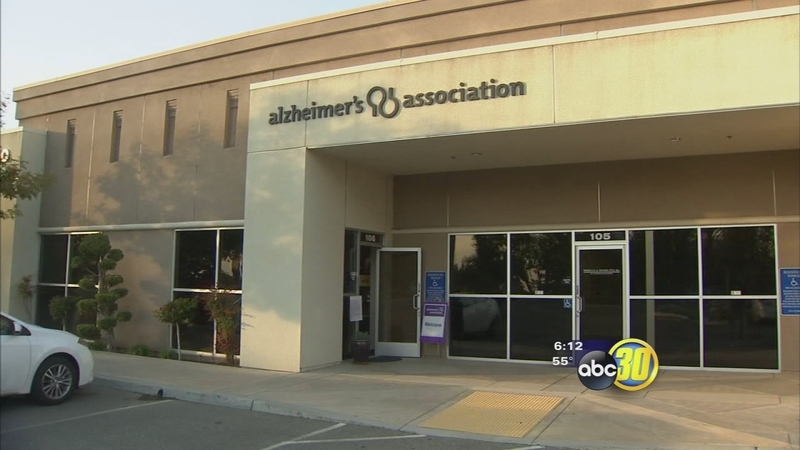 An urgent health need in the Valley is getting more attention with the opening of a new resource in the Valley.

The new, Alzhemer's Association office in Fresno has been open for just a week, but it's already serving many families who are caring for loved ones with the disease.

Tracie finds joy in the memories of her grandmother Virgie, who was full of life and love before alzheimer's took its toll. Tracie helped care for Virgie and her other grandmother, Maggie, who also had the disease.

"I know what it's like to love deeply, and care for tirelessly someone who just didn't even recognize me anymore," said Tracie.

After both her grandmothers passed away, Tracie continued to serve as a volunteer with the Alzheimer's Association. It's newly opened Fresno office fulfills a need in the valley for a resource center for thousands of families who are connected by the
joys and challenges of caregiving.

"It's expected that 50% of all of us who reach the age of 85 are going to have the disease. So when you think about families that that's impacting, it's huge, those numbers are huge." said Stella De La Pena, Alzheimer's Association Site Director.

De La Pena was a caregiver herself and says now is the time to increase awareness and resources to work toward a cure with events such as the annual walk and educational workshops and conferences.

Alzheimer's is the fifth leading cause of death in California, and current numbers show 22-thousand people in Fresno County are living with the disease.

"That amount is expected to double in nearly 15 years. So when you think about the fact that we're living longer it's not only a disease of the elderly, that's often a misconception, we're seeing this in individuals as young as their 40s," said De La Pena.

Caring for caregivers is also a focus of the association. On Saturday, the first Alzheimer's Association caregiver conference will be held at Clovis Community Medical Center -- and it's already filled to capacity, showing the urgent need to address caregiver issues in the Valley. Future conferences are already being planned including one in Spanish.

Tracie says the support of other caregivers was invaluable during the toughest times. It means so much to be surrounded by people who get it.