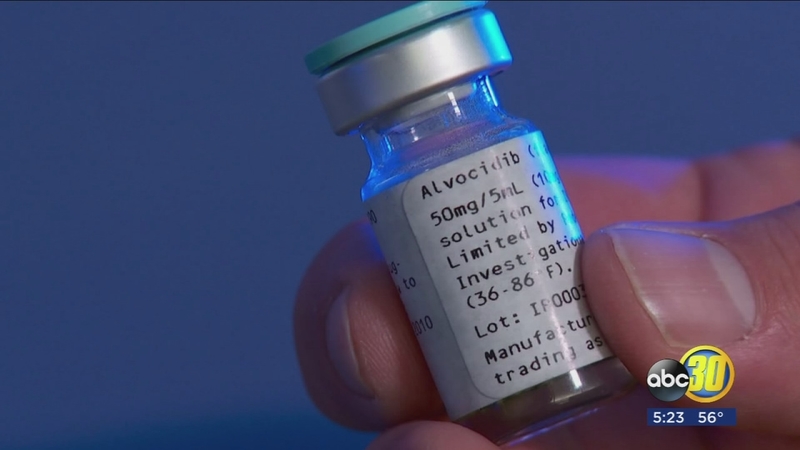 PHOENIX, Ariz. (KFSN) -- Most patients diagnosed with acute myeloid leukemia, or AML face weeks of intense, brutal chemotherapy and maybe a stem cell transplant. Even then, the American Cancer Society says only about 27 percent will live another five years. Now a Salt Lake City company is testing a targeted therapy that is showing promising early results.

Lila Javan was 39 when she was diagnosed with AML the first time.

"Thirty six hours later, I was in UCLA hospital on IV chemo 24/7. And I didn't leave that hospital for two months," Javan told Ivanhoe.

After months of chemo and a stem cell transplant, Lila was back home with her cat, O'Malley. But four years later, the cancer came back.

Javan continued, "There were times when I thought I wasn't going to make it."

"It affects a particular protein that those AML cells like to express. It's a survival protein; it's a protein that helps them not die," David Bearss, PhD, of Tolero Pharmaceuticals told Ivanhoe. (Read Full Interview)

CDK9 allows cancer cells to ignore signals to die. Alvocidib lets the chemotherapy in to kill the cancer. Trials show it is improving remission rates. Bearss says 25 percent of AML patients have something in them that allows alvocidib to work. They're tested for that before getting into the trial.

"It asks the question, what is the mechanism the cell is using to live, and if it's using this particular protein, then we know the drug will work," Bearss stated.

Javan explained, "It's amazing. You know, like I said, it would be a total game changer and so many people would be helped."

The alvocidib trial has enrolled 400 patients and is being run at nine sites in the US and Canada. It's open only to people who have positive responses to the test. But, Tolero expects to run a bigger randomized study soon and will have a better idea of how long alvocidib can extend people's lives.