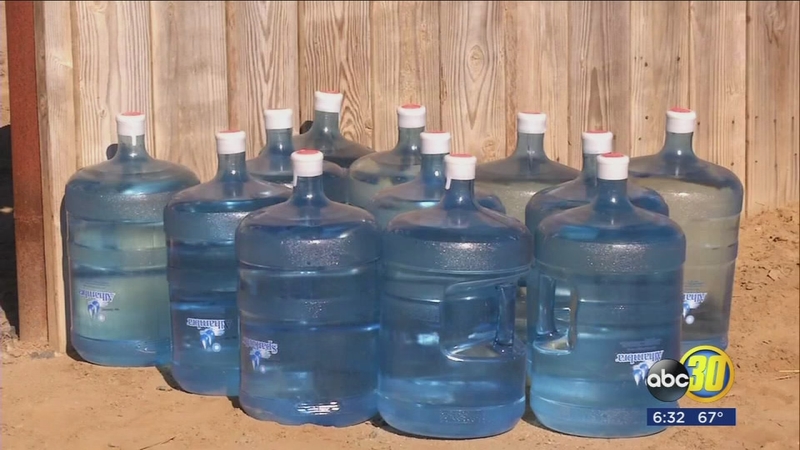 FRESNO, Calif. (KFSN) -- Tulare County community sits off Highway 99, between Pixley and Earlimart. Though small, it currently has some big problems.

On Wednesday, Teviston Community Services District, which runs the only-operating well, sent out an alert about their water situation.

They say the well is collapsing and producing discolored water. Self-Help Enterprises Community Development Specialist Elizabeth Burton says the water was tested on Tuesday and showed no signs of bacteria and will be tested again on Thursday. She says it won't make anyone sick, but it's best not to drink it.

Thursday morning, workers delivered water bottles to homes in Teviston, made possible by a $10,000 emergency grant.

Burton says they're working with the state to secure additional funding for bottled water should that money run out.

And instead of planning for a much-needed replacement well, they'll speed up the process of getting one now. Funds for the well would also come from the state.

"So we are going to be pursuing emergency funds for drilling a new well," Burton said.

"Our concern is for everybody to get water back," said Teviston resident Martin Correa

Correa and his father rely on their own wells, so their water is ok. But he wants to help those affected and says the district hasn't exactly been clear about what's happening with their well.

There will be a meeting at 5 p.m. Friday at the district's offices.