Pacemaker for the Tongue 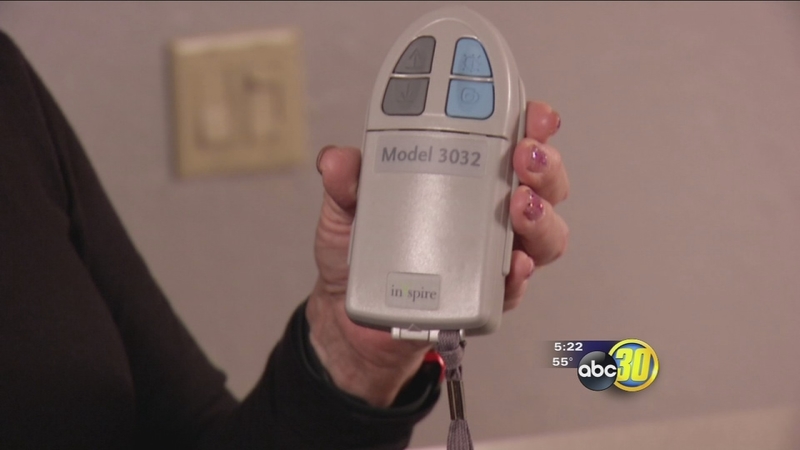 Pacemaker for the Tongue

ORLANDO. (KFSN) -- If you snore or gasp for air at night, or always wake up exhausted, there's a chance you may be one of the 18 million Americans with sleep apnea. Experts say those numbers have soared over the past decade or so because of an increase in obesity and also a growing awareness of the condition. Now, for the right patient, a FDA-approved, implantable device might be the key.

Sixty-eight-year-old Brenda Lepuschitz relies on this palm-sized controller every night to bring her a good night's sleep.

One touch before bed and it engages a system that automatically moves her tongue.

Lepuschitz told Ivanhoe, "Once I was relaxed, my tongue was blocking my airway and I would stop breathing 20-40 times an hour."

Tabarak Qureshi, MD, a critical care medical doctor at Central Florida Pulmonary said, "What that does is have an impact on someone's quality of sleep, their ability to stay awake, their ability to concentrate at work."

Doctors monitored Lepuschitz in a specialized sleep lab, and diagnosed her with sleep apnea. At first she tried a CPAP machine, but hated it and could not use it.

"I would wake up and panic like I was suffocating," described Lepuschitz.

That's when doctors recommended the pacemaker for her tongue known as the Inspire Upper Airway Stimulation System.

"It is an implantable device that we implant in the right side of the chest and run a stimulation lead under the skin to the tongue," said Kiran Tipirneni, MD, an ear, nose and throat specialist.

Doctors made three small incisions to insert the device. It operates on a battery, much like a pacemaker. Lepuschitz said she began to feel more alert during the day, just a few weeks after the implant.

"I feel younger because I feel so much more rested," detailed Lepuschitz.

Doctors say the overnight stimulation to the tongue is so subtle that most patients can't tell it's happening. They also say this surgical treatment is not for everyone and not all insurance companies cover it. The CPAP machine is still the gold standard, but as many as fifty percent of all patients with sleep apnea have a tough time adjusting to the CPAP.
Related topics:
health & fitnesshealth watch
Copyright © 2021 KFSN-TV. All Rights Reserved.
HEALTH WATCH
Unfiltered: Procedures to have you camera ready
Health Watch: Cough drops to fight COVID-19
Health Watch: 3D Aneurysm repair from smartphones
Health Watch: Life-saving practice vital in treating COVID-19 patients
TOP STORIES
Temperatures expected to approach 110° in Central CA next week
Mayor Dyer vetoes resolution to transfer control of flags
BIG Hat Days is back in Clovis!
Central CA animal shelters team up for Super Adoption Day
Driver killed in fiery crash in Merced
3 women arrested in connection with Tulare murder
21-year-old man killed in shooting in Merced
Show More
New charter school opening this fall in Fresno
Bakery in River Park celebrates grand opening
Dozens help clean up at Camp Fresno
What mom, daughter did with 80,000 penny child support payment
Fire, explosion destroys Hanford trailer
More TOP STORIES News