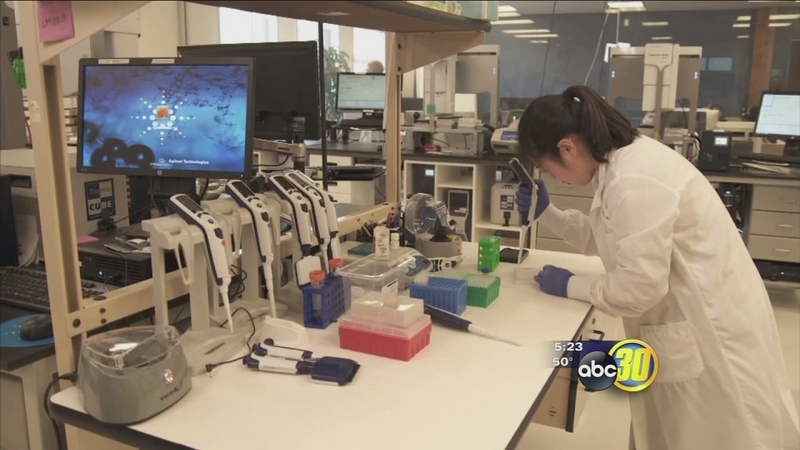 Twenty-two weeks into Jennifer St. Aubin's pregnancy, she and her husband Peter received some very tough news. Their baby was diagnosed with polycystic kidney disease, or PKD.

"Nobody knew how serious it was going to be until she was actually born," Jennifer told Ivanhoe.

Their daughter, Sophie, was born prematurely 15 weeks later. Due to PKD, her lungs had never fully developed. She died twelve hours after delivery.

"We were mourning Sophie, but we were also mourning the potential of never having a family," detailed Jennifer.

That's because Jennifer and Peter soon learned they were both carriers of the PKD gene. Even though they didn't have the disease, they had a 25 percent likelihood of having another child with PKD.

Jennifer said, "If the IVF and the genetic testing weren't in existence, I don't think Pete and I would have chosen to have future children because of the risk of them being sick."

"We then get a read out from the genetic testing laboratory that literally says embryo one unaffected, embryo two carrier, embryo three unaffected," Dr. Feinberg told Ivanhoe. (Read Full Interview)

The St. Aubins opted for in vitro fertilization and had 20 embryos tested. Nine of them had PKD. Dr. Feinberg implanted one of the healthy embryos and ...

"We are pregnant 26 weeks now with a girl," said Jennifer.

A baby girl that doctors fully expect will be healthy.