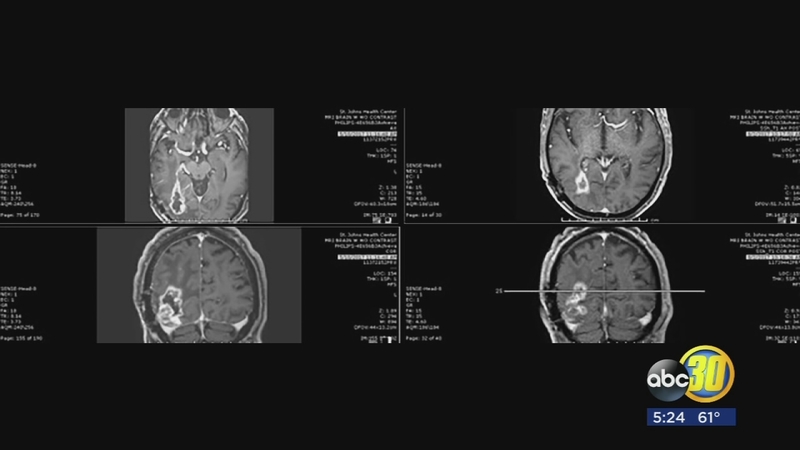 In July, Arizona senator John McCain announced he had a rare and highly aggressive brain tumor. That diagnosis has helped raise awareness about the disease.

Rusty Doms's first scans were good after a cutting-edge procedure for glioblastoma. He hopes to get back on the paddleboard one day.

"I'm not on top of the world, but yes, I feel good. And one step in front of the other, and a positive attitude," said patient Rusty Doms.

He's part of a trial at John Wayne Cancer Institute. Doctors use a bioengineered protein that leaves healthy cells alone. It is called MDNA 55.

Rusty and five others had the drug delivered directly to their tumors through up to four catheters. At first, guided by MRI's. It took up to 20 hours.

"Not only are we getting the bulk of the tumor that we see, but the drug is actually fusing to the rest of the brain where we see the single cells that are intertwined, infiltrating into the brain," said MD Santosh Kersari.

Early results are promising. At one month, rusty had swelling, but at two, his MRI showed tumor shrinkage.