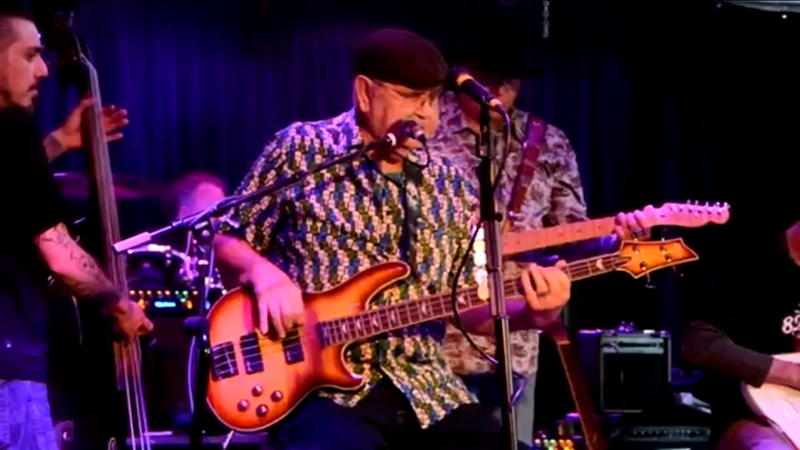 But now one Central Valley woman is sharing her father's story after he faced breast cancer not once but twice.

And in most cases, the stories involve women who have battled the disease head-on.

But now one Central Valley woman is sharing her father's story after he faced breast cancer not once but twice.

Jim Shirley, 79, was a Navy vet, a husband and a father of six doing what he loved, belting out country tunes at Fulton 55 in Downtown Fresno.

"When you hear that it's dad he's a man how could get that he had the lump for 2 years before he mentioned it to my mother or two his doctor that is a long time," Long said.

At that point, Shirley quickly had a mastectomy and received treatment with hormone blockers.

But six years later the disease returned as stage four cancer, this time spreading to other parts of his body.

He says one in eight women are treated for breast cancer.

Where for men it is about one in one thousand.

Perkins says the risk is even greater in men who have had testicular cancer, liver disease or are over the age of 60 which is why men should be checking for lumps regularly too.

That self-examination is what Long encourages... because she knows how devastating breast cancer in men can be.

"Men get it and they die from it just like women," said Dr. Perkins.

Dr. Perkins says in his over 30 years of practicing, he has treated tens of thousands of women for breast cancer.