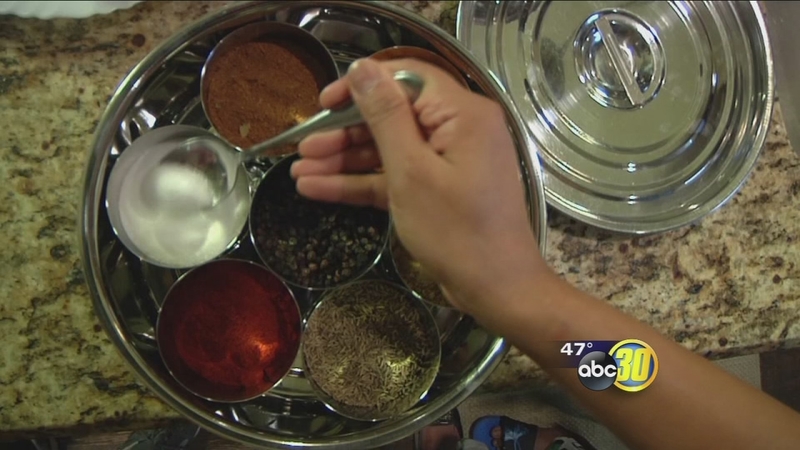 DALLAS. (KFSN) -- We've all heard about natural remedies, not approved by the FDA, which have been around for centuries. In many cases, there hasn't been enough scientific research done to prove the claims. That may be changing. One spice currently being studied for its preventative qualities is a key ingredient found in Indian food.

By day, Ajay Goel, PhD, Director of Gastrointestinal Research and Cancer Prevention at Baylor Scott & White Health, is a scientist, trying to unlock genetic codes to prevent cancer. By night, he's passionate about cooking Indian food, specifically curcumin, the anti-inflammatory medicine that is found in turmeric, the yellow spice used in most Indian food.

Goel and his family enjoy traditional Indian cooking. Three meals a day, spiced with turmeric. There's now a volume of scientific evidence showing that curcumin is a safe, and powerful anti-inflammatory.

"What we were missing at that time, we didn't have the science behind it, we just knew that somebody took this and felt better," detailed Goel.

In a recent study, Goel examined a combination of extracts from turmeric and frankincense, and looked at the impact on colon cancer. In animal tests, the extracts impacted tumor growth by the second day. JaNeene Jones, RN took ibuprofen for a bad back. After seeing an integrative medicine physician, she started on curcumin capsules daily to reduce inflammation.

Jones told Ivanhoe, "I tried it and it worked. There was nothing else I changed. No other variables whatsoever."