Valley resident gets life-changing treatment for Multiple Sclerosis in Russia 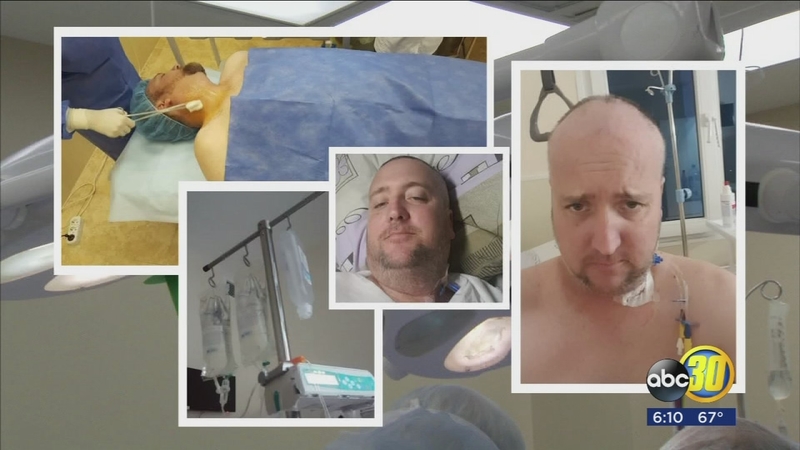 Valley resident gets life-changing treatment for Multiple Sclerosis in Russia

"This is what I take now, just a couple," said Melton.

A year ago, it was much more and more expensive, but he does not need the drugs, anymore.

There's healing happening. When your body's not attacking itself, it has a chance to heal," said Melton.

Brian says that healing started after he underwent hematopoietic stem cell transplantation or HSCT in Russia, recording every intense step.

His stem cells were extracted, treated then frozen. Four days of chemotherapy follow, to destroy his existing immune system...bringing him to near death. Then his stem cells were infused back into his body to grow new blood and bone marrow and build a new immune system that will no longer attack his brain and spinal cord.

"This is going to kill the remaining b-cells in my body and really close the door on MS."

Melton had to raise $50,000 for the procedure in Russia because it's not FDA approved to treat MS in the U.S., so insurance will not cover the cost. But HSCT is available for cancer patients and is routinely done in most U.S. hospitals.

"Why shouldn't I have the right to have it done? Do they want me to have cancer? If I had cancer I could go get it done. It's mind-boggling it's very frustrating," said Melton.

The risks of HSCT are high because patients could die from the aggressive chemo or an infection while their immune system is weak. Patients have called it, Russian roulette. But almost as tough as that, Melton jokes, was the foreign food.

"That was hard. Oh boy, man, I tell you, this is what they eat, they eat very healthy, very plain, lots of fish lots of potatoes."

Melton continues a healthy diet to help his body recover and the results are real. His neurologist, Dr. Perminder Bhatia of Fresno supported Melton's quest for HSCT.

"So far I can say it has worked, it's almost a year. I will look at it long-term treatment four to five years and how it comes but so far it has worked for him very well," said Dr. Bhatia.

Since MS mostl attacks the brain and the spinal cord, patients undergo MRI's to check for any new damage sites called lesions. Melton's most recent MRI shows no new lesions on his brain indicating his MS has stopped progressing.

Just a few miles away, in Northeast Fresno, 46-year-old Joseph Llanos and his wife, Dede, look back at the time when they were first starting their lives. Not knowing Llanos's body was attacking him. Years of being misdiagnosed finally led to MS after Llanos did his own research on his symptoms.

"I'm exhausted I'm usually in a cloud. I can't concentrate very good. I forget a lot of stuff," said Llanos.

Joseph had a chance meeting with Melton's family while they were fundraising for HSCT and now Llanos is raising money for the procedure at the same Russian hospital.

"But then just as fast as I wished that, I'm glad I'm me," said Llanos.

A major clinical trial for HSCT is underway in Chicago, but it will be years before it could be approved to treat MS because experts say, there aren't enough long-term studies weighting the risks and the benefits.

Melton and other MS patients also believe there is a lack of investment in fast-tracking the treatment for m-s because drug-makers wouldn't profit from it.

For now, Americans and other patients around the world must travel to countries like Russia for the treatment that so far erases their body's memory of MS. And now Melton is paying it forward, using his second chance to make a difference.