After months away from the gridiron, high school football is back in the Central Valley.
KFSN 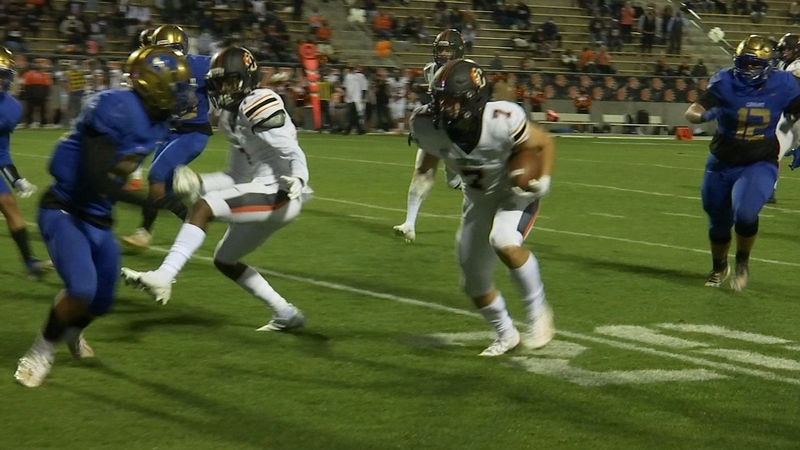 High school football returns in Valley, some games canceled due to COVID cases

FRESNO, Calif. (KFSN) -- After months away from the gridiron, high school football is back in the Central Valley.

It's been 16 months, but Thursday night, the defending state champion Central High School kicked off a spring-shortened season against Clovis High School.

It was a bit of a different atmosphere at Lamonica Stadium.

The only fans in attendance were family members of the players, who had to sit in separate pods, six feet apart, on the bleachers.

Action News spoke with Grizzlies Head Coach Kyle Biggs about his team returning to the field.

While those two teams got to return to play last night, several other schools are having to cancel games due to positive COVID-19 cases within their program.

The following games were canceled:

Madera and Hoover were unaffected by COVID, so they were able to reschedule and are planning on playing tonight.

Farmersville canceled their matchup with Lindsay as well as next week's contest with Corcoran.

There are no plans to make up those games.

Several other teams received the green light meaning Friday Night Football is back for: