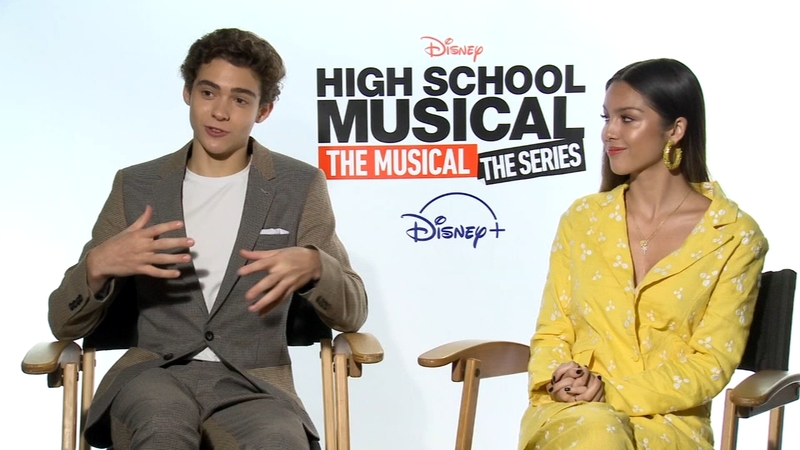 Thirteen years after the original "High School Musical" movie first premiered, East High is getting a new series on the Disney+ streaming service that's set to launch next week.

It's called "High School Musical: The Musical: The Series" and the pilot episode will air for one night only on ABC, Disney Channel and Freeform at 8 p.m. ET/PT | 7 p.m. CT on Friday, Nov. 8. The full series will be made available on Disney+, which debuts Tuesday, Nov. 12.

The show will follow a group of 10 drama students and faculty members at East High as the characters audition and put on the school's first-ever production of "High School Musical: The Musical."

"E.J. is not the mean boy," Cornett said. "He's going to do whatever he can to keep what he loves and sometimes gets himself in trouble."

Olivia Rodrigo, who plays Nini, said one theme in the show is "finding your tribe."

"I think towards the end of the series, we kind of realize that the drama kids are all kind of a group, and how important that is in high school - to find people that support you and love you unconditionally," Rodrigo said.

Disney+ will also offer other original shows and movies including "The Mandalorian," "The World According to Jeff Goldblum" and "Lady and the Tramp."