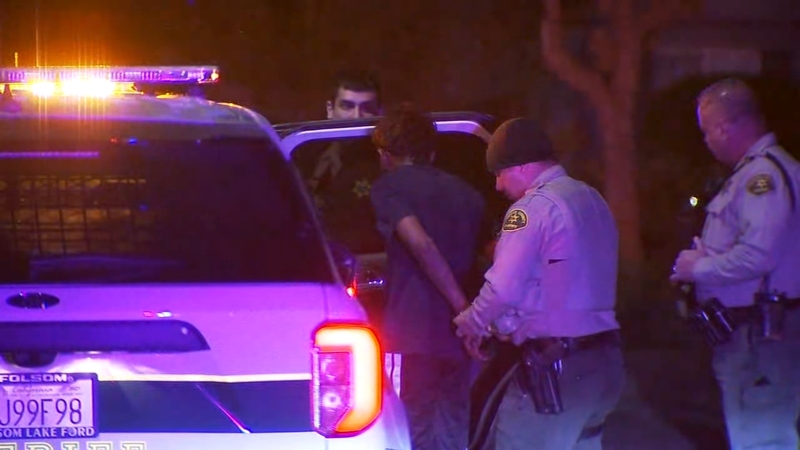 FRESNO, Calif. (KFSN) -- A man was arrested Thursday night after leading deputies on a high-speed chase through west central Fresno.

It started just before 11:00 pm when Fresno County sheriff's deputies tried to stop a Chevy Tahoe for a registration violation on Valentine and McKinley Avenues.

The driver sped off, which led to a pursuit.

At one point, the driver stopped the Tahoe. But when the deputy approached the vehicle, the driver put the truck into reverse and backed into a patrol car.

The chase continued to the suspect's house, where he was eventually taken into custody.

"There was items in the vehicle that were consistent with the sale of narcotics, and in addition to that, to the west of us where the vehicle was being pursued, a firearm was located," said Sgt. Edward Mayo.

Deputies are checking to see who owns the gun.

The driver also hit another car during the pursuit. No one was hurt.