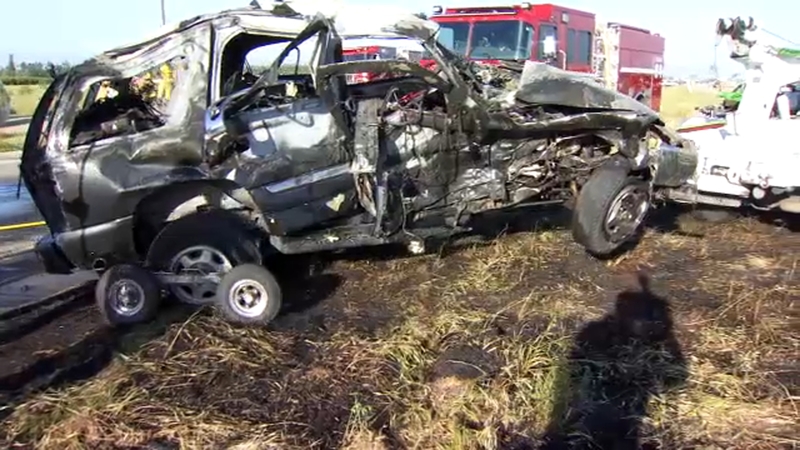 FRESNO, Calif. (KFSN) -- A woman has died and two others were injured after a crash on Highway 180 Saturday afternoon.

The woman has been identified as 34-year-old Amanda Smith.

Officers say that a man was driving west on Highway 180 and east of DeWolf when the right rear tire tread separated from the tire.

The man was unable to control the car and went into the opposite lane. He collided head-on with an Infinity and Ford Focus in different lanes.

Officers say Smith was pronounced dead at the scene. The two other men were taken to Community Regional Medical Center with injuries.

CHP says alcohol and drugs do not appear to be factors at this time.