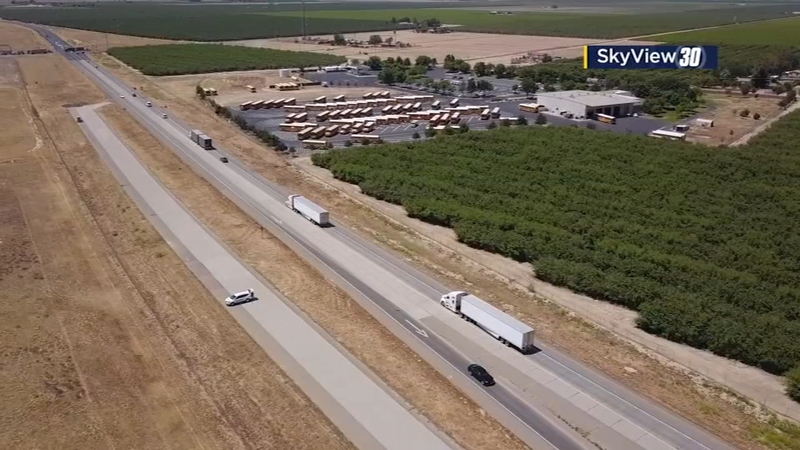 FRESNO, Calif. (KFSN) -- For decades, the widening of Highway 41 between Lemoore and Fresno has been a project kicked down the road.

The six-mile stretch between Elkhorn and Excelsior Avenues has seen hundreds of crashes in recent years, including several fatalities in the last year alone.

Lorna Roush lives near that section of the highway and heads up a Facebook group with over 5,000 members called "Widen 41".

Lorna's relative, Kenneth Atkins, was killed in a head-on crash there last year and now she's fearful every time she sees another wreck.

The proposal to widen the highway comes with an estimated $71 million price tag.

Congressman David Valadao requested 20 million in federal dollars but when it came time for the state to give an endorsement, State Assemblyman Jim Patterson says the California State Transportation Authority indicated it wasn't backing projects that would increase capacity on roads.

"The capacity was established a long time ago when you had four lanes on one side and four lanes on the other side of this two-lane stretch," he said.

With the current local, state, and federal funding that's either approved or awaiting approval, there's still a $26.5 million funding gap. Patterson and other lawmakers pushing for the expansion were hoping that would partially come from the state.

"Without the support and the funding commitments from California STA, the completion of Highway 41 will not be possible," he said.

Cal STA points out other safety improvements have been added to the highway in the last 6 months, including rumble strips, double striping, a no passing zone and soon, a concrete median barrier.

Lorna says while those are helpful, they can only do so much.

"We can't change that and we cannot change the drivers, but we can sure change the road and get it to where it was supposed to be," she said.

A hearing is scheduled next week to try a secure local dollars for the funding gap.

Officials will bring the project before two Fresno County committees in hopes of qualifying for Measure C funding.

Caltrans released the following statement to Action News on Wednesday:

The California State Transportation Agency is fully supportive of Caltrans' current work to complete the median barrier project on State Route 41 which will immediately address the safety concerns raised by the community. Caltrans will begin construction on June 7 and complete this safety project in approximately 60 days to prevent vehicles from passing in the no passing zone.