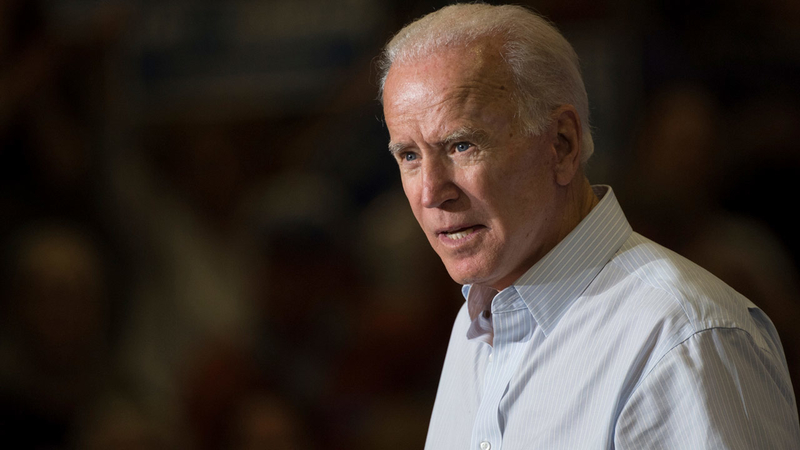 Two packages addressed to former Vice President Joe Biden bearing similarities to the other packages were recovered at two postal facilities in Delaware. Another was addressed to Robert De Niro and sent to a Manhattan address associated with the actor.

None of the devices exploded, and no one was injured. But the packages, sent to prominent Democrats critical of President Donald Trump, heightened nationwide tensions and fears two weeks before major congressional midterm elections.

The packages sent to Biden were found in New Castle and Wilmington. The FBI and ATF responded to the facilities as part of the ongoing investigation into the devices, with authorities believing these to be ninth and 10th packages tied to the case.

PHOTO: This is the pic of the suspected pipe bomb addressed to Joe Biden. The sender is the same as the others sent around the country. Supervisor who saw the package says the object inside seemed to be “shaped like a flashlight”. She immediately told employees to evacuate @6abc pic.twitter.com/ylXR4cQqIN

The packages addressed to Biden never reached their destination.

The first crude bomb to be discovered had been delivered Monday to the Westchester County compound of George Soros, a liberal billionaire and major contributor to Democratic causes. Soros has called Trump's presidency "dangerous."

Similar packages were addressed to the Clintons' home in Chappaqua and the Obamas' home in Washington, DC, though the Secret Service said neither package reached their intended recipients. Two more were sent to Waters, a frequent Trump critic, and another to Holder. His package never made it to its destination due to a delivery error and was bounced back to the return address, listed as Rep. Debbie Wasserman Schultz's office in Sunrise, Florida, which was briefly evacuated.

TIMELINE of pipe bomb mailings to politicians, others

The object appeared to be a small pipe bomb with wires extending from it, which was removed from the building at 11:37 a.m. and taken to a remote location to be detonated.

Mayor Bill de Blasio called it an act of terrorism.

"What we saw here today was an effort to terrorize," he said. "This clearly is an act of terror, attempting to undermine our free press and leaders of this country through acts of violence. I want to make very clear that the people of New York City will not be intimidated, that we are going to go about our lives undeterred because the very concept of terrorism to change us, and we will not allow that to happen."

The bombs seized Wednesday, each with a small battery, were about six inches long and packed with powder and broken glass, said a law enforcement official who viewed X-ray images and spoke on condition of anonymity to discuss an ongoing investigation.

The official said the devices were made from PVC pipe and covered with black tape. They were sent to an FBI lab in Virginia to be studied. They are being treated as potentially explosive devices, but at this point, it remains unclear if they were designed to actually explode.