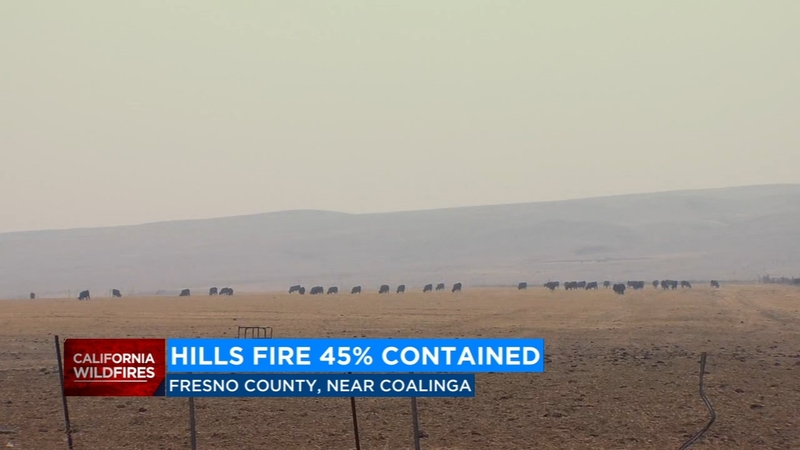 The blaze is burning in the area of Highway 33 and Sutter Avenue, south of Coalinga. It has consumed 1,900 acres and is 45% contained.

CAL FIRE said firefighters were gaining some control of the wildfire.

#HillsFire off Highway 33 and Sutter Ave, south of Coalinga in Fresno County is 1,900 acres and 45% contained. @FresnoCoFirehttps://t.co/zt0PnUfWlz pic.twitter.com/Ty87BDPKQe

A helicopter pilot from Southern California, Michael Fournier, 52, died while dropping water during the firefight on Wednesday.

The veteran pilot was employed by Guardian helicopter which had a "call when needed" contract with CAL FIRE.