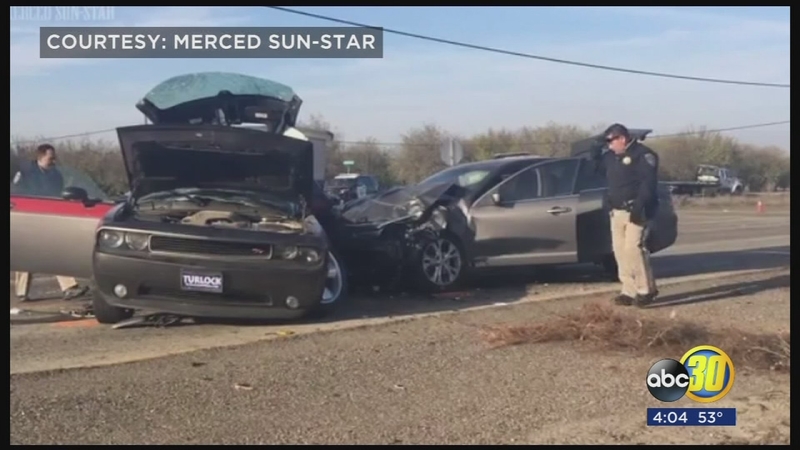 "Basically the car pulled in front of her. She had no time to react," said CHP Eric Zuniga.

Branco t-boned McCowan's car. Zuniga says her family quickly came to take her to the hospital while emergency crews removed McCowan from the destroyed car.

"According to the investigators that were there, they were talking to him; and as soon as they extricated him, he started losing consciousness," said Zuniga.

Both were rushed to Emmanuel Hospital where McCowan and Branco's unborn child died.

McCowan's family did not want to speak on camera but did say they are grieving the loss and feel for both families.

Zuniga says this year there have been 32 fatal car crashes in Merced County, and at least six have been within the last two months.

He says the peak time for collisions is usually in the summertime, but with the holiday weekend coming up, they are not taking any chances.

"We're going to have maximum enforcement out this weekend like we always do every holiday. We're going to be out there present and slow down people."