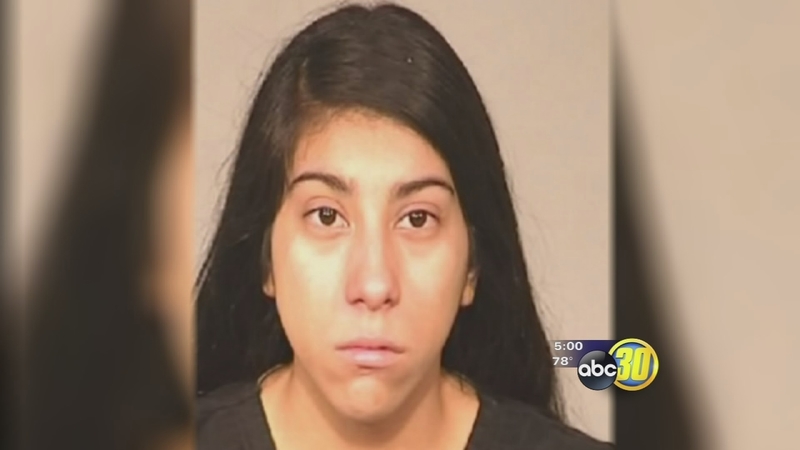 Brianna Sandoval, 22, was arrested Tuesday, nearly 4 months after the crash.

Detectives say she had fixed the damage to her car and a phone tip helped crack the case.

When officers caught up with Sandoval, she was at work and investigators say, her car had very little damage.

"The windshield was not cracked, it had been replaced," Fresno Police Chief Jerry Dyer said.

Dyer says Sandoval fixed it a day after hitting Dr. William Dominic from behind while he was riding home on his bicycle and had used Bondo to fix the roof of her car.

Authorities say she had a few drinks prior to the collision and she claims to have fallen asleep behind the wheel.

"She also said, at the time of the collision, she did not realize she struck a person or a bicycle but felt at that time that she had struck an object such as a trash can," Dyer explained.

For months, detectives followed up on leads with no luck.

As Dr. Dominic recovered from broken bones, a head injury and a spinal fracture police reached out for help, and, in May, the doctor shared his story with us.

His words may have struck a chord with someone as a tip was called into police on Monday.

It gave detectives the lead they needed and Sandoval was arrested a day later.

Dyer says she confessed and an officer was able to link her car to the crime using body camera video from a traffic stop in April.

"Looking at that video, you could see clearly, there was damage to the roof, in fact, it appeared that damage, attempted to be repaired through the use of Bondo," Dyer said.

Sandoval has already bailed out of jail.