Suspect in custody for deadly hit-and-run crash in Merced 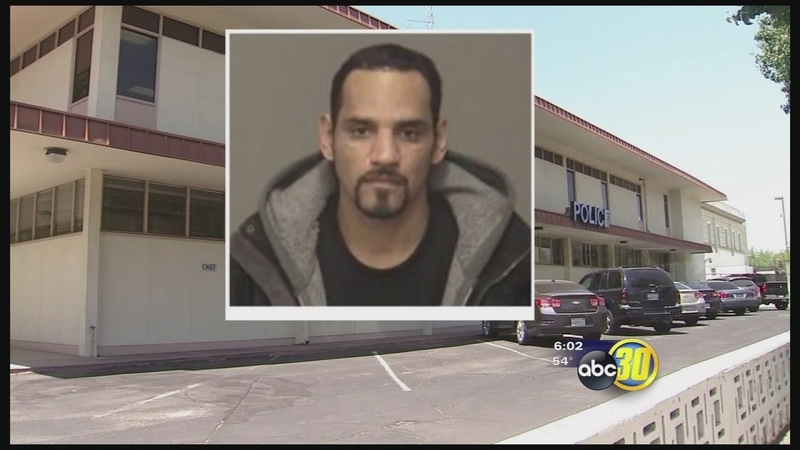 Suspect in custody for deadly hit-and-run crash in Merced

MERCED, Calif. (KFSN) -- A suspect is now in custody for a deadly hit-and-run crash.

Merced police say 43-year-old Eli Alvarez turned himself in at their headquarters Monday night. Action News has learned Alvarez was driving on a suspended license because of past DUI charges. He told investigators he left the scene because he was scared. Now the victim's family members want more answers about exactly what happened.

The area near East Santa Fe and Glen is where Josh Munoz was found dead late Saturday afternoon. But Alvarez told police he hit the 25-year-old hours earlier while it was still dark outside. "He said he was driving down the road, that when he saw Mr. Munoz, he was bent over in the roadway and looked like he was picking something up. He didn't see him in time tried to swerve, struck Mr. Munoz and left the scene," said Sgt. Jay Struble, Merced Police Department.

Alvarez turned himself in Monday night but refused to provide one important piece of information. "During the interview he did provide us with a set of keys to the vehicle he said, 'these are the keys to the vehicle I was driving but I'm not telling you where the car is.' So we went out today, did some follow-up, and located the vehicle in the 2100 block of Westin Way so we now have the vehicle in possession as well," explained Sgt. Struble.

Munoz' family members gathered at the police station Tuesday shortly after getting gut wrenching news about the extent of his injuries. "We won't get to see his face at all. It's going to be a closed casket. That breaks my aunt's heart a lot, more than I could possibly imagine," said April Hernadez, victim's cousin.

Loved ones said they're thankful Alvarez came forward but still want him to be punished for leaving the scene. "Why didn't he pull over and help him, and why couldn't he have had the decency to call 911 to at least get him help? Even though he turned himself in we still have a long process to go," said Ann Marie Yow, victim's aunt.