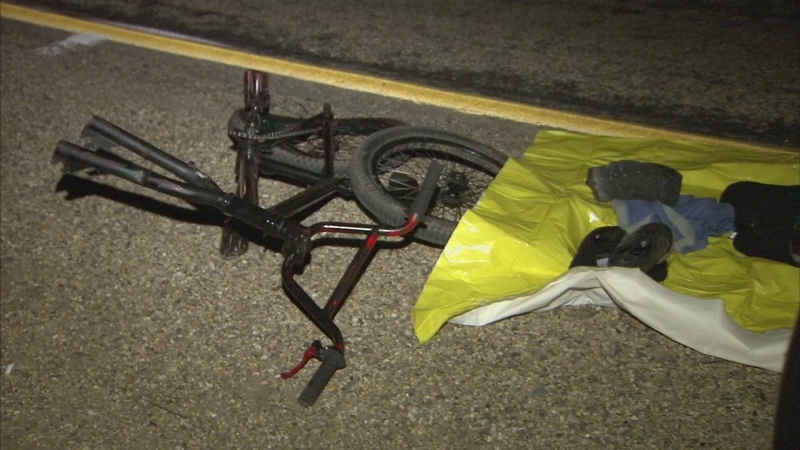 FRESNO COUNTY (KFSN) -- The California Highway Patrol said a bicyclist is dead after being hit by a car in Fresno County. It happened just after 9:00 p.m. at Academy near Belmont not far from Sanger.

The CHP said two bicyclists were southbound along Academy when a car traveling in the same direction hit one of the bicyclists from behind. Investigators said at this point there are no signs indicating the driver was speeding or intoxicated.

"Right now there is every indication that we had a bicyclist in the roadway that had no lighting on the bike whatsoever," said Sgt. Leonard Sherman, California Highway Patrol.

The CHP said the cyclists were a transient couple traveling together.

One of the first at the scene was a nursing student who tried to get the rider's pulse but the CHP said they could not revive him.