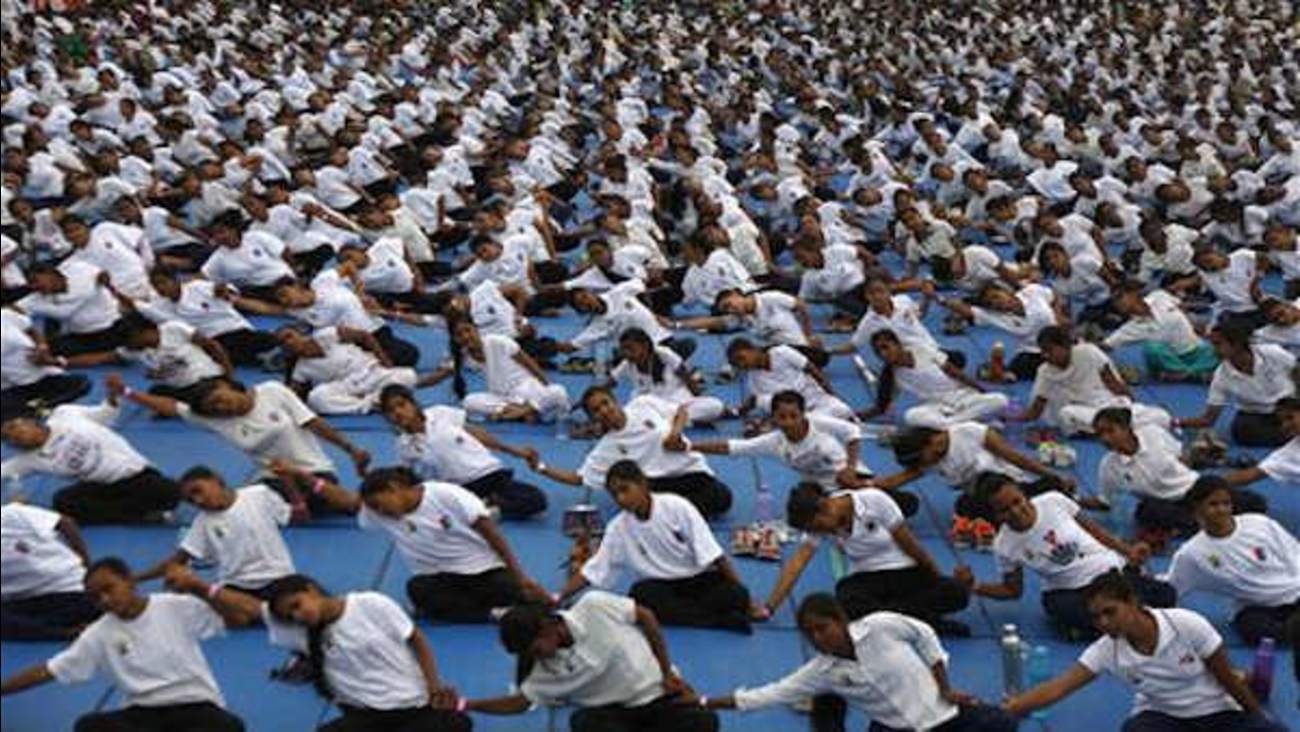 Indians holds hands as they attempt to create a record for the longest human yoga chain with more than 8000 participants. (AP Photo/Ajit Solanki)

CHANDIGARH, India -- Millions of people twisted their bodies in complex positions in celebration of International Yoga Day on Tuesday.

India's Prime Minister Narendra Modi joined a crowd of 30,000 schoolchildren and other residents of the northern city of Chandigarh for a mass yoga session.

Before starting, Modi urged people to make yoga a part of their lives, saying the practice - which began in ancient India - doesn't differentiate between the rich and poor, and is accessible to all.

"With zero budget, yoga provides health assurance and it does not discriminate between rich and poor," Modi told participants at the event.

Similar yoga events were held in villages, towns and cities all over India. Last year, the United Nations proclaimed June 21 as International Day of Yoga.

WEB EXTRA: Check out these Yoga tips on how you can relax at work:


At the United Nations in New York, various yoga poses were projected on a side wall of the U.N. headquarters building to highlight the role yoga can play in helping the U.N. achieve its sustainable development goals.

The day will be celebrated outside the U.N. building with a demonstration by Jaggi Vasudev, also known as Sadhguru, and a musical incantation.

Thousands of people had gathered in New York's Times Square on Monday to celebrate the summer solstice by doing downward dogs.

Yoga classes were held all day amid the chaos of Midtown.

Many believe that practicing yoga is the best way to calm the mind and the best form of exercise for the body.

In New Delhi, hundreds of thousands gathered at several venues where mass yoga exercises were organized by the government in parks and in a central plaza.
Related topics:
hobbies & interestshealthfitnessyoga
Copyright © 2021 by The Associated Press. All Rights Reserved.
More Videos
From CNN Newsource affiliates
TOP STORIES