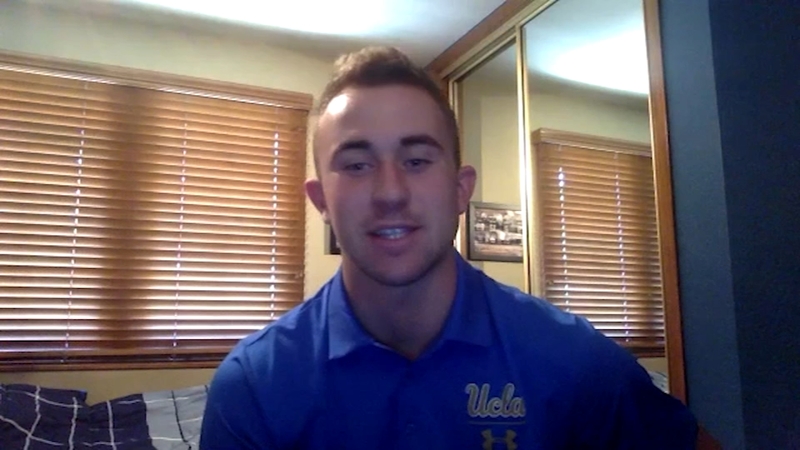 Watching the draft with his parents at their home in the Central Valley, Powell recounts a phone call he'll never forget.

"They (the Nationals) called me around pick number 90 and said if you get to us we're going to take you," he said. "It was very cool. I kind of blacked out a little bit. I knew it was coming but I was still kind of surprised but no it was very exciting for me and my parents."

While he grew up going to Giants and Dodger games, he said he's thrilled by the chance to play for the defending champs.

"I think if it was going to be an East Coast team I definitely would have said the Washington Nationals because Washington DC, a great city with a lot of history and being the World Series champs, (it's a) great organization. I'm very excited for that."

Last season, Powell, a junior at UCLA, was named 'Stopper of the Year'.

He was nearly perfect to start his junior year. He struck out 20 batters in nine innings of relief work and he didn't allow a single run.

Prior to his canceled spring campaign, he said this year's success can be attributed to pitching in last year's Super Regionals. "When that confidence gets going it's hard to stop. It just keeps building and being a reliever you get out there a lot."

Powell intends to sign with the Nationals, bringing an end to his college career.

While there are countless memories one stands out. "Super Regionals game last year (against Michigan)," he said. "I think that was the game that allowed me to take the next step and that was probably the most memorable game of my career."