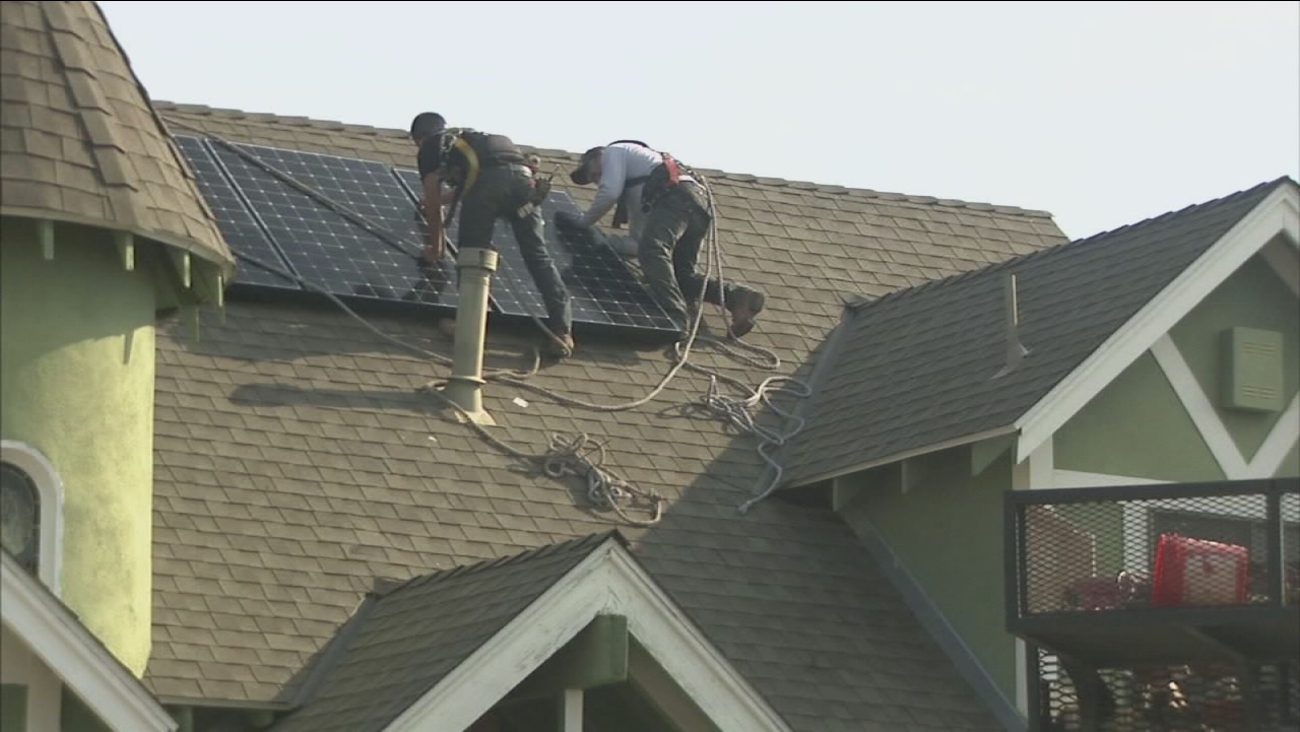 The California Energy Commission will determine whether solar panels will be required of new homes in the state. (KFSN)


"Adoption of these standards represents a quantum leap in statewide building standards," said Robert Raymer, technical director for the California Building Industry Association. "You can bet every other of the 49 states will be watching closely to see what happens."

Raymer spoke before the California Energy Commission approved the requirement, alongside new regulations to improve ventilation and indoor air quality. They still need backing from the state's Building Standards Commission. The state updates its building codes, including energy efficiency standards, every three years.

The commission estimates solar panels would boost construction costs for a single-family home by roughly $10,000. But consumers would get that money and more back in energy savings, according to the commission.

California has positioned itself as the nationwide leader on clean energy, pushing for more electric vehicles on the roads and fewer emissions from residential and commercial buildings.

"This is a very bold and visionary step that we're taking," said David Hochschild, one of the energy commission's five members.

Representatives from construction groups, public utilities and solar manufacturers all spoke in support of the plan, which they've helped the commission develop for years. No industry groups spoke in opposition.

"That's just going to drive the cost up and make California, once again, not affordable to live," Assemblyman Brian Dahle, the chamber's Republican leader, said Tuesday.

The regulations include exceptions when solar panels aren't feasible - such as on a home shrouded in shade - or cost effective. Installing storage batteries or allowing community-shared solar generation are available options. The requirement would only apply to newly constructed homes, although many homeowners are choosing to install solar panels with the help of rebate programs.