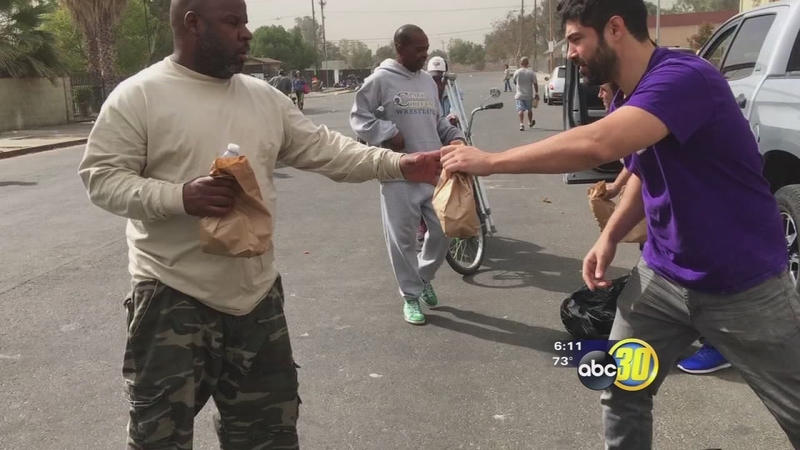 It was an unexpected lunch that arrived in a little brown bag filled with plenty of sustenance donated by East Fresno Rotary and Food Commons Fresno. The homeless folks are receiving a sandwich, some cookies, a piece of fruit but also something a lot more meaningful.

A few blocks away, at Bitwise Industries, the same volunteers had packed the bags with the food but also with love notes. Messages like "Somebody is thinking of you" are designed to nourish the soul.

"Just so that the individual receiving the lunch can maybe feel inspired and maybe want to change their environment or to just give them a positive day," Aren Hekiminian with The IAN Group said.

The idea is that a bologna sandwich will last a few hours but feeling supported can last a lot longer. It's part of a very personal approach to helping the homeless from a group called "hashtaglunchbag."

Beginning with just a few friends delivering a few dozen lunch bags to people living at Venice Beach four years ago at Christmas, it's now become a social movement.

"It grew from six people to 20 to 50, and not only in LA," Leslie Rosales with the movement explained. "On social media, we have friends all over."