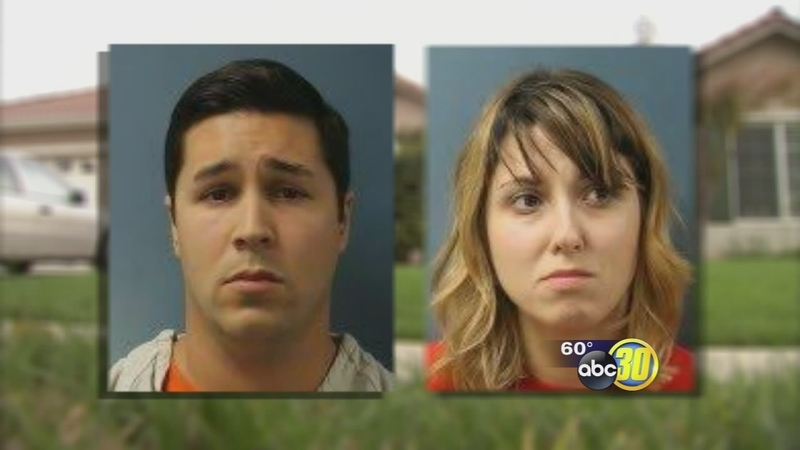 VISALIA, Calif. (KFSN) -- A husband and wife from Visalia have been indicted for the murder of their 3-month-old baby.

Daniel and Angela Ramirez were arrested on Friday and arraigned the same day - nearly a year-and-half after they took their daughter to the hospital.

Lt. Ed Lynn with the Visalia Police Department said, "things were unusual, there may be some bruising some marks on the body and the doctors recognized that as being abnormal."

Investigators say the baby died four days later from severe injuries but a year passed before the parents were arrested the first time. No charges were filed so they were released but the investigation wasn't over.

"I don't know what the turning point was in the case but a lot of times...the little things to us, don't seem like much but they mean a whole lot when you try a case," Lt. Lynn said.

A grand jury took a look at the case this month and witnesses were called in to testify. The jury decided there was enough evidence to indict the parents. A warrant was issued and they were arrested and charged the same day with two counts each for murder and child abuse. The mom, however, is facing a third charge of child abuse causing death.

David Alavezos who is the Tulare County Assistant District Attorney says it's not common to take cases to the grand jury but it was done here to speed up the court process, "cases such as this...they often get delayed for a preliminary hearing for a lengthy period of time," he added.