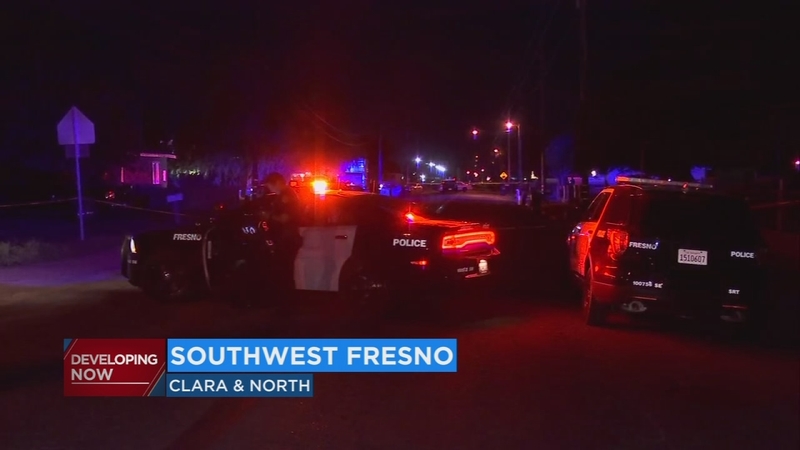 FRESNO, Calif. (KFSN) -- A late night shooting in Southwest Fresno is now a homicide investigation. The victim died at the hospital after suffering several gunshot wounds to the chest. Investigators then worked through the night gathering evidence.

The attack happened around eight Thursday night in front of a home near Clara and North. Police were responding to shots fired when they found the victim who was then rushed to the hospital.

A 34-year-old man was detained at the scene and is currently being held as a suspect. A second person, last seen with the victim, was witnessed running into one of two nearby homes. SWAT officers were called out who then set up a perimeter around the homes and got a search warrant to go inside.

After an extensive search of the homes Police Chief Jerry Dyer said the suspected murder weapon was found, as well as some suspicious items requiring help from the bomb squad.

"There was, what was determined to be, a homemade explosive device to the left of the door-- which is why the EOD team was summoned to the location to take possession of, not only that device, but also a secondary device that was located in the kitchen as you would come in through the back door of the residence."

The person police were looking for was never found in either of the homes. Investigators are now reviewing evidence from the scene and interviewing witnesses.