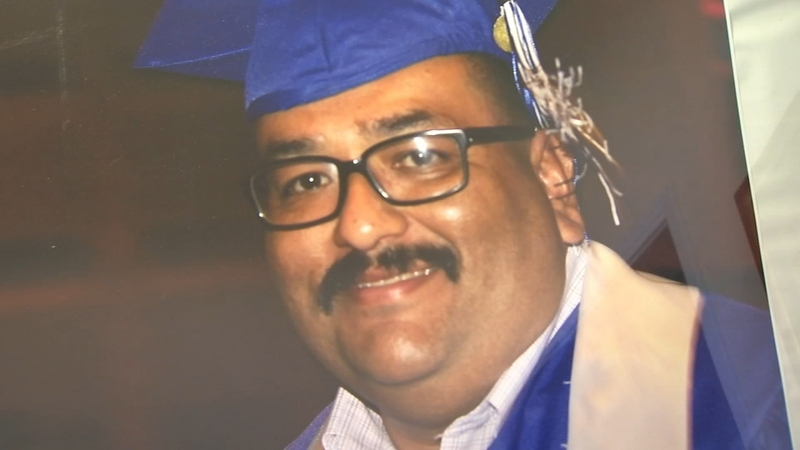 FRESNO, Calif. (KFSN) -- A Fresno man says his father tried to prevent a gunfight, but ended up dead last year on Mother's Day.

Esteban Mariscal played a critical role in the fights.

On Mother's Day morning, he went with his brother, Daniel, to fight with Daniel's romantic rival, Everardo Valenton.

And later that morning, he says he exchanged gunfire with Valenton and his brothers.

Luis Mariscal's death can be traced back to the end of his son's relationship.

He had his brother Esteban as backup and right away it looked like he'd need it.

"Everardo pulled a pistol out so I told him 'We don't got no guns or nothing,'" Esteban Mariscal said.

In hand-to-hand combat, Esteban got the better of Everardo and his brother, Jose.

But he warned his family the Valentons might retaliate with weapons. And a little while after he got home, he says they did.

Esteban is testifying in a murder trial against Everardo, Eduardo, and Jose Valenton and prosecutors gave him immunity against charges of his own.

He says he armed himself with an AK-47 and went to the door, but when he tried to go outside, his dad grabbed the weapon to stop him.

Esteban grabbed a pistol and as he went outside, he says Everardo and Eduardo Valenton opened fire.

He emptied his gun while the Valentons fired several shots. He didn't know it yet, but one of them hit his dad.

"I went back inside and my dad was on the floor and my wife was on the phone with the ambulance," he said.

As his father lay there on the floor, Esteban says he told his sons he was disappointed in them. He died ten days later.