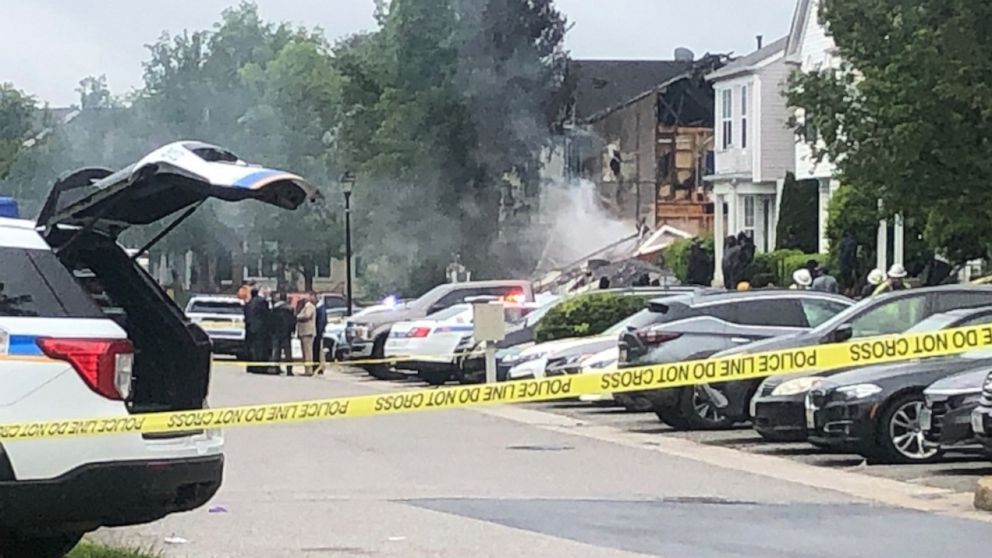 Four people are dead, including a suspected shooter, and another is injured following reports of an active shooter and fire at a home in Baltimore County, Maryland, authorities said.

Police officers responding to the Woodlawn neighborhood, west of Baltimore, after 6:40 a.m. Saturday found a man armed with a gun outside a burning residence, Baltimore County Police Department spokesperson Joy Stewart said during a press briefing.

Police fatally shot the suspect, Stewart said. The officer-involved shooting is under investigation and it is unclear at this time how many officers discharged their firearms, she said. The suspect has not been publicly identified.

In addition to the suspect, three other people -- two men and a woman -- died, and a male victim suffered non-life-threatening injuries in the incident, police said. Authorities have not shared any additional details on the victims.

Two people initially unaccounted for after the incident have since been found.

Police are continuing to search the scene for any other possible victims.

There was no continued threat to the community, police said.

The two-alarm fire destroyed two townhomes and heavily damaged a third, Tim Rostkowski, a spokesperson for the Baltimore County Fire Department, said during the briefing.

The fire was being fed by natural gas, and firefighters were still working to control the gas leak by Saturday afternoon, authorities said. A utility company was working to shut off the natural gas to the home.

"We don't have any preliminary information whatsoever on the exact origin or cause [of the fire]," Rostkowski said. "That's part of the ongoing investigation."

The call for the active shooter and fire came in at the same time, and authorities are investigating if the two incidents are related, authorities said.

"We have this fire that happened, we also have this suspect who was armed," Stewart said. "How they're all related, it's really too early to tell at this point."

Baltimore County Executive Johnny Olszewski said he was at the scene of the "horrific incident" Saturday morning and will make "all possible resources" available to those impacted.

"This rapidly evolving situation has required a multi-agency response and will take time to fully investigate," he said on Twitter. "Today, we pray for the injured victims and the families who have lost loved ones."
Report a correction or typo
Related topics:
abc newsnational
Copyright © 2021 ABC News Internet Ventures.
TOP STORIES
Merced teacher back home after battle with COVID-19
LIVE: Biden, Putin meet for long-anticipated summit
Looking back at the ups and downs of COVID in Central CA
24-year-old man shot in southwest Fresno, police say
Fresno reopens public pools amid heat wave
What changes throughout Central California as state reopens
CA has reopened, but not everyone can go maskless
Show More
Suspect involved in standoff in Kings County identified
Israeli military launches airstrikes in Gaza
19-year-old arrested on arson charges for NW Fresno fires
What to expect from CA's reopening today
Newsom picks 10 winners of $15M to celebrate reopening
More TOP STORIES News