Burn victim rushed to hospital after house fire in Visalia 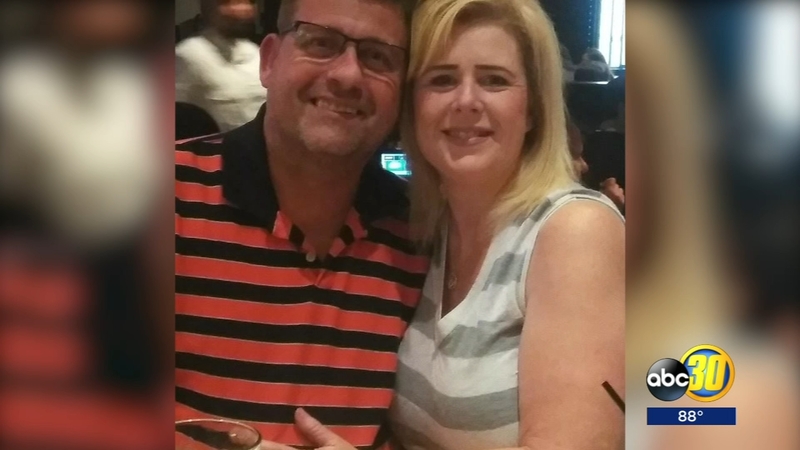 Burn victim rushed to hospital after house fire in Visalia

The fire was visible for miles as several agencies worked to control the blaze and treat a severely burned man.

"About four inches above his knee and all the way down, there is no skin," said Kimberly McCowan-Borges about her husband's injuries.

McCowan-Borges said the fire started at her home.

Her husband, Richard Borges, was siphoning gas from one container to another when it overflowed onto their driveway.

As he started rinsing it off, fumes made their way into the water heater, a simple accident that would be life-altering.

"The vapor and fumes got into the water heater and then it combusted and it exploded," she said.

McCowan-Borges was on her way to the store when a neighbor called her frantically.

McCowan-Borges said her husband's first instinct was to back his truck away from the blaze while he was on fire.

She adds Richard, who is the owner of Lee's Home Theater in Visalia, suffers from nerve damage and couldn't feel his legs burning.

McCowan-Borges was met with a gruesome sight when she got back home.

"He had skin hanging. He was out, but he was severely burned," she said.

As Richard was rushed to the hospital for treatment, crews put out the flames at both homes.

Visalia Firefighters say the day prior, they had another fire involving two houses.

McCowan-Borges estimates about 50 percent of her home was damaged in the fire. She still has a lot to figure out, but is currently focusing on her husband's recovery.

Richard is expected to stay at CRMC's burn unit for at least the next two months.