Housing Watch: Some Valley residents worried about another housing bubble 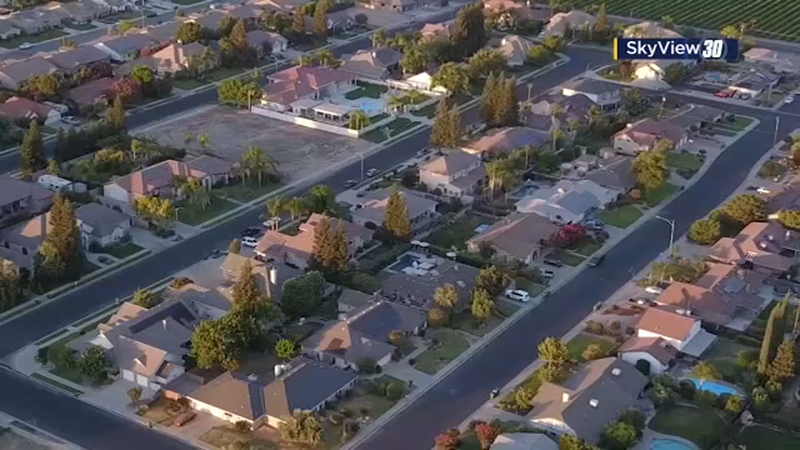 Some Valley residents worried about another housing bubble

FRESNO, Calif. (KFSN) -- Valley cities had some of the highest foreclosure rates in the country between 2006-2012.

Today, homeowners were pleased to see their property values steadily rise but some worried the housing market may crash once again.

Terms we used during the housing crisis bring back painful memories.

Homeowners were "underwater," owing more than what the house was worth. That led to foreclosures and short sales.

The crisis began with a surge in home prices.

Mortgage Consultant Scott Reba of Prosperity Home Mortgage said, "So there are some similarities today. Primarily in the way the values have been increasing, right? When we talk about appreciation rates, we're talking about double digits year over year."

Reba recalled how easy it was for people to get home loans back then.

He explained, "No income, no assets, no employment. You didn't even put your job on the application right. And then we wonder why the housing crisis happened."

Broker Associate Don Scordino added, "Back in 2005, there were the adjustable-rate mortgages with no documentation needed. You didn't even have to prove you had a job or had any income."

Realtor Tony Estrada said buyers soon learned they could no longer afford their homes because the interest rate had jumped.

Reba said regulatory changes should protect us from another crash. "The biggest difference between the '06 bubble and anything that might happen moving forward is that qualified mortgage standard."

Reba said, "You're going to laugh when I tell you what it stands for. It stands for Ability to Repay."

In a return to how business used to be conducted, lenders must verify the homebuyer's income.

Reba doesn't expect real estate prices to plummet anytime soon. He said, "I would imagine if there is a correction, it would be more of a, instead of this, we're going to see more of this."