Voodoo Doughnut is not your typical doughnut shop 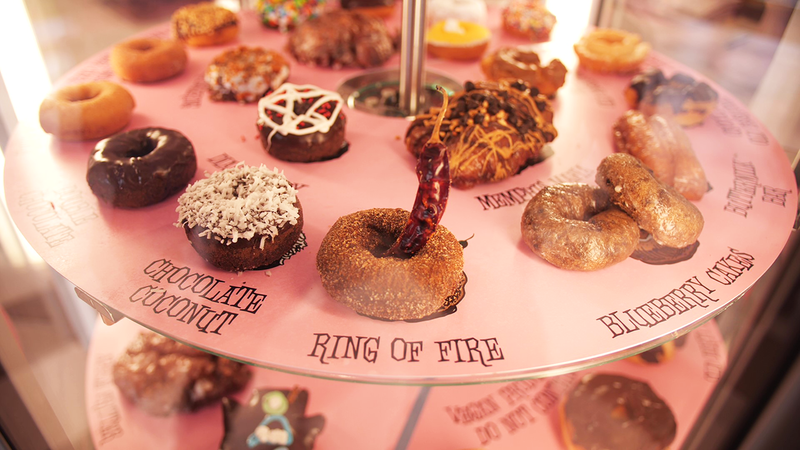 HOUSTON, Texas -- Voodoo Doughnut was started by two friends who joked they were bent on "world doughnut domination." Now 20 years later, they have 10 locations around the country, including Houston, Texas.

The shop offers more than 50 different styles and flavors. They have the "Bacon Maple Bar" with maple frosting and full bacon strips on top, the "Tangfastic" with vanilla frosting, Tang, and marshmallows, and the "Ring of Fire" with cinnamon sugar, cayenne pepper, and dried red chili pepper for decoration.

Voodoo Doughnut has experimented with a lot more flavors, but they're not all hits. They had to stop selling a NyQuil doughnut after a call from the FDA.