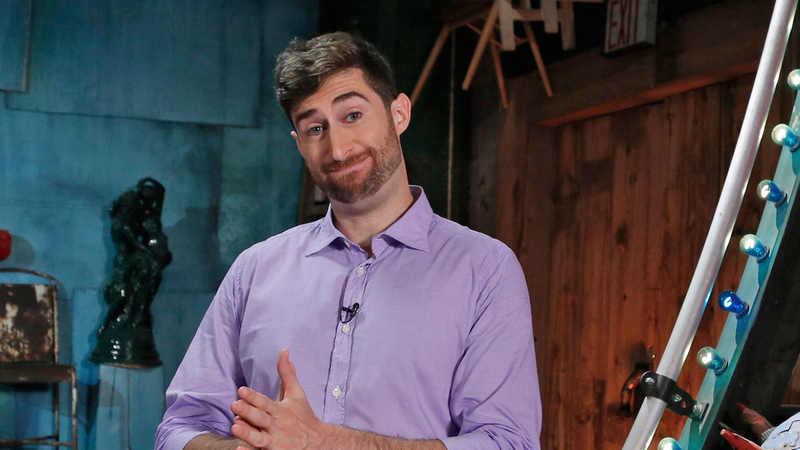 Multiple times a week, hundreds of thousands of people are dropping everything and answering questions for the chance to win money.

It's for HQ Trivia, a viral app that first made headlines for its popularity in the fall when it became available on iPhones. As of New Year's, it's available on Android.

So what's all the fuss about, and why do players keep talking about Scott? Here's everything you need to know.


What is HQ Trivia?

HQ Trivia is a live trivia game on your phone. Anyone with the app can play, and anyone who plays has a chance to win money.

How does it work?

The game occurs at pre-scheduled times: 3 p.m. ET and 9 p.m. ET on weekdays, as well as 9 p.m. ET on weekends. As long as you open the app before the first question starts, you can play. If you open it later, you can still watch.

A host introduces the game and then reads 12 questions, each increasing in difficulty. You're out the first time you miss a question (though there is an option to gain a life by inviting a friend to play). If you make it through all 12 questions, you win!

However, getting there isn't easy, leading some lucky players to have intense reactions when they realize they're among the winners. (Warning: Loud volume at end of embedded video)

My brother won a trivia game and my family is SO PUMPED!!😂😂😂 @hqtrivia pic.twitter.com/Dbr5DlduF5

How do you win money?

There is a pot of money that is split between the winners. If no one wins, the pot rolls over to the next game.

Once you accumulate at least $20, you can get your prize money sent to your PayPal account.


Who is Scott?
Scott Rogowsky is a comedian who is the most well-known of the HQ Trivia hosts. He infuses his quirky sense of humor into his hosting gig.

There are too many Mikes.

Scott has earned such a following that, anytime someone else is hosting, the comment section of the game often fills up with messages of "Where is Scott?" When he took some time off, he had to pin a tweet to the top of his profile answering the countless "Where are you" messages he'd received.

Please read this before tweeting “WHERE R U??”

I’m off from HQ until Jan 13. You can still play and have fun and win money without me. Good luck HQties, we’re all counting on you.

Who else hosts the game?

With Scott (temporarily) out of the picture, fans have seen a few others hosting this week. On Thursday night, Jimmy Kimmel hosted.

Why is it so popular?

There are several reasons why users say they like the game. Some cite the hosts' (especially Scott's) jokes. Some are in it for the prize money or for bragging rights. Scott, though, think it's about the community. He said he'd heard of an entire classroom playing together every day.

"I think the fact that it is live," Scott told ABC News. "There's this FOMO, right? Fear of missing out? . ... it's a shared experience. It's a community."

It has been a couple of years since our kids had any interest in being in the same room as us. Now my son hits me with the @hqtrivia theme music every night at go time and the fam’s collectively excited about playing!