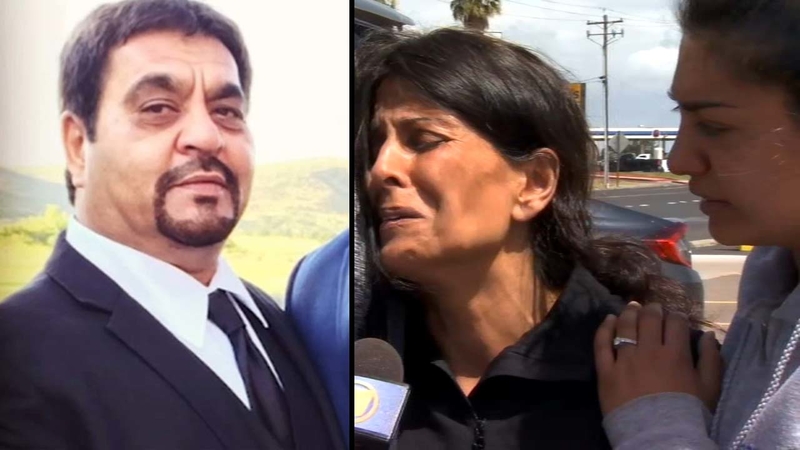 MERCED COUNTY, Calif. (KFSN) -- "We need some video, we need to know if somebody saw him."

A Fowler family is begging drivers who traveled along Interstate 5 this week to check their dashcams in hopes of finding their loved one - a truck driver who disappeared in Merced County.

Deputies say they've never seen anything like this case, and they aren't really sure where to look.

On Friday, search and rescue teams were looking along a canal right along the Highway.

They're not sure if he's even in the waterways, but they're using all their resources and not leaving any stone unturned.

The Bains family is holding onto to hope on Day 3 of the search.

In tears, they're begging for help from anyone who may have seen 56-year-old Satwant Bains before he mysteriously disappeared.

"We're just trying to see if anyone was driving by on the 5 north 12-5, anyone driving if they had dash cam or anything where we can see if our dad was outside the truck," says Kiran Bains, his daughter.

The Fowler truck driver's big rig was found running and abandoned near the Merced County town of Santa Nella, along Interstate 5.

Inside were his wallet and phone, but no sign of the driver.

The Merced County Search and Rescue team is scattered along the banks of the Delta Mendota Canal and is using their remotely operated vehicle in hopes of finding the missing man.

"This is just to check if there are any clues. At this point, we have no idea. We don't know what happened to this man, the vehicle was abandoned and nothing to tell us what happened," says Deputy Darryl Allen of the Merced Co. Sheriff's Office.

Bains' daughter shared a picture of her dad's truck in the hope that someone may have seen it while driving.

His wife was inconsolable as she hoped for any news.

"I'm scared, I need help. I need somebody, anybody, who might have seen him," says Inderjit Bains, the trucker's wife.

The Bains family says the veteran truck driver was constantly letting them know where he is, and disappearing like this is out of his character.

The driver just became a grandfather and family members tell us he was excited to see his daughter get married.

"Our team is searching, we're not going to give up hope. We'll find him," says Rajan Bains.

The family is asking truck drivers or commuters that may have been around the Interstate 5 and Whitworth areas to look at their dash cam video if they have any, and help them bring their husband and father home.