KFSN
FAIRFAX COUNTY, Va. -- A white Virginia police officer was charged with assault after officials said he used "unacceptable" force on a black man that involved firing his stun gun and pressing a knee to the man's back.

The department said Timberlake and other officers were responding to a call of a man in crisis wandering around in the roadway. The bodycam video shows Timberlake firing his stun gun as the man walked away from him.

The officer is then seen pressing a knee to the man's back, and the man says, "I can't breathe."

Timberlake, an eight-year veteran of the force, and other involved officers were immediately relieved of their law enforcement duties as police officers and placed on administrative leave, the department announced Saturday.

"We can all agree that the footage of this incident is unsettling. I want our community to know that we are pursuing charges that are in line with current law," said Steve Descano, Fairfax County's commonwealth's attorney.

The officer's charges come as the nation is still grappling with outrage over other violent videos of police encounters, such as footage of two Buffalo officers seen shoving a 75-year-old protester. The officers, Robert McCabe and Aaron Torgalski, now face criminal charges.

Protests over police brutality continued into this past weekend following the death of George Floyd, a black man who died after a white Minneapolis police officer pressed a knee to his neck for eight minutes and 46 seconds.
Report a correction or typo
Related topics:
virginiaofficer chargedgeorge floydu.s. & worldpolice brutality
Copyright © 2020 KFSN-TV. All Rights Reserved.
OFFICER CHARGED 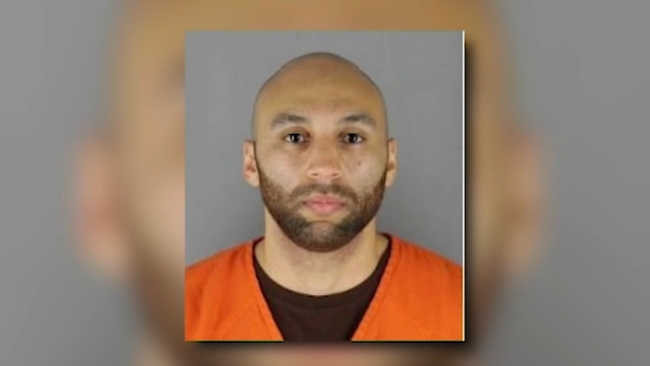