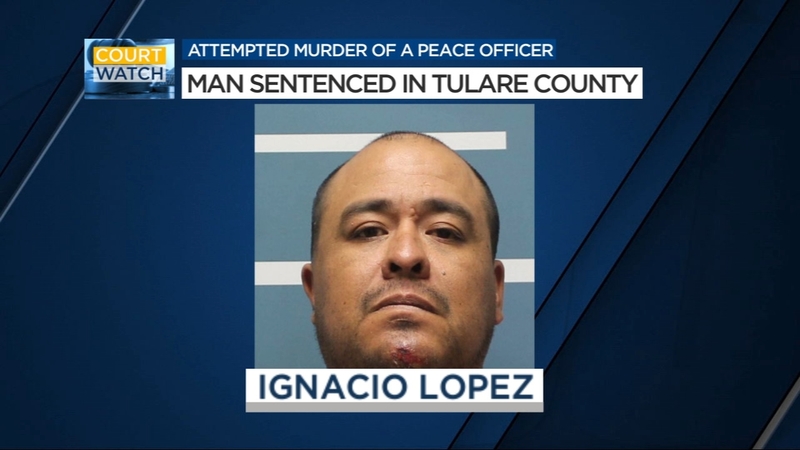 FRESNO, Calif. (KFSN) -- A judge has sentenced a Fresno man who tried to kill a police officer in Tulare.

He will now be spending life behind bars.

Ignacio Lopez, 37, was convicted of premeditated attempted murder of a peace officer, assault on a peace officer with a semi-automatic firearm and conspiracy to commit a bank robbery.

In August 2020, Tulare police spotted a car believed to have been involved in a shooting in the city.

Officers tried to stop the driver, 51-year-old Melissa Sarver, and that's when a pursuit began.

Sarver ended up crashing the vehicle in Visalia.

Lopez then started shooting at an officer as they approached the car, and investigators returned fire.

Saver was already sentenced earlier this month for her role in the crime.