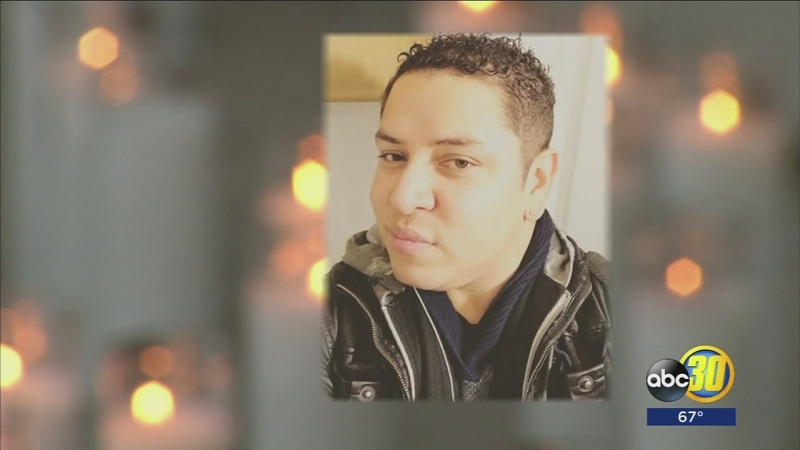 FRESNO, Calif. (KFSN) -- Police identified Imer Alvarado as the victim of the murder. One surveillance camera captured the entire crime, and now a neighbor fears more could have been done to save Alvarado's life.

It was close to three in the morning, and in the flash of a frame, surveillance footage shows a brief fight then a murder. Fresno police say that victim is Imer Alvarado -- an innocent victim left to die.

"It's not right. It's a death. He's dead," said Baltazar Mendoza, neighbor.

Mendoza lives just across the street from where Alvarado was killed near Belmont and Fourth Street. The Vietnam veteran says he didn't hear any gun shots and Fresno Police say no one called 911.

In the video, Alvarado laid lifeless for several minutes. Several cars even passed by. But Mendoza said he was struck when a bicyclist circles the area, then leaves.

After police showed up, Alvarado was taken to the hospital, where the victim later died.

Initially police described Alvarado as transgender, and possibly the victim of a hate crime. At a vigil, members of the LGBTQ community say to them it doesn't matter.

"The people that we've been talking to have said that they weren't transgender that they were from the drag community," said Jess Fitzpatrick, Trans-E-Motion co-chair. "I don't care what their gender preferences were. It's clear that they are from the LGBTQ community but it was a human being's life that was lost."

Right now police say they're looking for just one man.